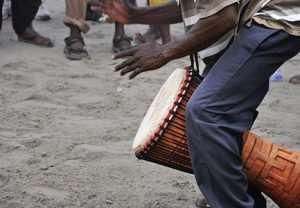 The ban on drumming and noise making within the jurisdiction of the Ga and Ngleshie Alata Traditional Council in the Greater Accra Region takes effect from today Monday, May 13.

It will span a period of one month, ending on Thursday, June 13.

A press release signed by Gilbert Nii Ankrah, the head of the Public Affairs for Accra Metropolitan Assembly (AMA), last week urged all villages and towns under the Ga and Ngleshie Alata Traditional Council to comply with the ban.

The AMA has set the following guidelines to ensure full compliance with the directive for the purpose of peace, harmony and national security.

Below are the guidelines

The one-month long ban is a custom that precedes the celebration of the Homowo Festival of the chiefs and people of Ga Mashie.