NEXT IGP: How is Ghana handling the fallout of Prez’s Excessive Powers 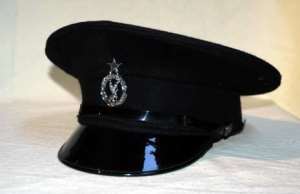 Perhaps the most useless cliché in Ghana is “let us allow our institutions to work.” Whence from this broad daylight hypocrisy especially when every conscionable social commentator knows with perfect certainty that it is a mere legal foregrounding of presidential despotism wherein the executive ideological chauvinism and political susurrus extends to the logic of constitutional idiosyncrasies. The process whereby the constitution permits the president of the day to have absolute control over state institutions and expecting those institutions to be fair is what I term as constitutional idiosyncrasy. Indeed, a thorough assessment of state institutions in Ghana is quite telling! In line with this writer’s novice commonsensical thoughts, the Inspector General of Police (IGP), Chief Justices, and Attorney General must be elected through universal adult suffrage akin to presidential and parliamentary elections.

I think electing IGP will safe police service from political interference. In the United States, for example, a county Sheriff is elected through universal adult suffrage. Erstwhile British Prime Minister, Tony Blair opined that “anywhere, anytime ordinary people are given the chance to choose, the choice is the same: freedom, not tyranny; democracy, not dictatorship; the rule of law, not the rule of the secret police.” Indeed political inference is a rebuke to the rule of law, and an emblem of secret policing. Another former British Prime Minister, Robert Peel reportedly asserted that "the police are the public and the public are the police; the police being only members of the public who are paid to give full-time attention to duties which are incumbent on every citizen in the interests of community welfare and existence." Electing IGP will make the office more accountable to the citizens.

Needless to say, there are no disadvantages to the above suggestion. For fear of losing next election, an IGP may compromise his/her responsibilities with some electorates especially in an area perceived to be a support base. Nonetheless, electing IGP will be an improvement over the increasing menace of executive manipulation. The public knew the purpose of policing and therefore may not vote against an IGP who works efficiently.

There have been many calls to separate the attorney general's department from the ministry of justices. However, decoupling the above offices may not make any sense if the president still wields powers to appoint them. As a minister of justices, the individual is the head of the judiciary, and, also, a member of the executive. Attorney General (AG) is not a personal lawyer of the president but rather the state. Just as the IGP is expected to enforce law fairly, to dispense justice without fear or favor the Attorney General and the minister of justice must contest elections for their positions. It will make those officers responsible to the citizens rather than the ruling party. If the minister of justice is also a parliamentarian, it follows ipso facto that he/she belongs to all the three organs of government.

Baron Montesquieu better remembered for the theory of separation of powers and checks and balances had his opinion about absolute power in one hand. He intimated that when the legislative and executive powers are vested in the same individual or the same body of judges, there can be no freedom; in the sense that apprehensions may set in, the same as a monarch enacting tyrannical laws and enforce them in a dictatorial way. Even the idea of selecting ministers of state from parliament must stop! “There is no crueler tyranny than that which is perpetuated under the shield of law and in the name of justice” (Montesquieu). There must be laws to limit the president’s powers relative to appointments. I think the IGP, the AG, and the CJ must be elected in for four years tenure of office subject to mandate renewals rather than being appointed by the president. Only higher rank professionals in the respective fields must be eligible to contest in order to eschew mediocrity. In our hands, not the hands of God lie the thoroughgoing issue of the 4th republican constitutional fallout. Let us fix it now. Shalom!

The author has 165 publications published on Modern Ghana.