Endangering Our Flora, Fauna For Pittance 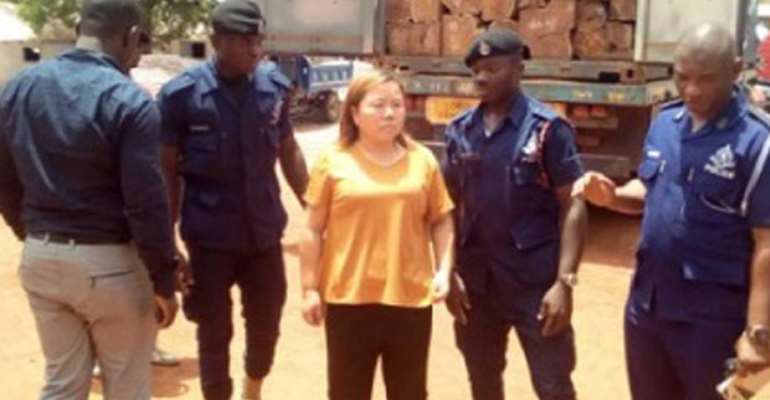 Ghana is among countries with poor and unenviable management records of their God-endowed flora and fauna.

Although the whole world is not doing great in this direction, it appears that our case is extreme. A few days ago, an attempt was made by a Chinese woman to smuggle endangered rosewood lumber from the Northern Region. The confidence she exuded as she sought to carry out her mission is amazing.

Her failed effort is only a tip of the iceberg. Many logs have left the country and more acres rendered bare of vegetation cover and especially the highly priced rosewood which does not occur in every part of the world. For those in Pakistan, Indonesia and we in Ghana blessed with the natural resource, an effective management module with public support is necessary in protecting the endangered species of trees.

It is not for nothing that the rosewood has been classified as an endangered species. It is mindboggling considering the rate at which our forests are being depleted by unscrupulous persons and sometimes foreigners.

We appreciate the magnitude of the task in the hands of the Forestry Commission as they protect our forest cover around the country.

They would succeed in carrying out their mandate only when they are supported by their compatriots. Most Ghanaians do not appreciate the efforts of the commission because they do not know the importance of our flora and fauna and their precarious state as they remain in the radar of lumber merchants. Our wildlife population will do well only if our forest cover is protected sufficiently from lumber hunters.

Most of our wildlife is endangered because apart from the insatiable crave for bush meat by locals their habitats have suffered from a fast depleting forest cover.

The ecosystem has never been subjected to such wanton destruction by mankind in our part of the world, the effects of which are noticeable by only a few persons who appreciate the effects of such irresponsible conduct.

Were we to be in a good position to gauge the effects of the trees we have felled over the years and unsustainably so, we would render the necessary support to the managers of our forests without being prompted to do so.

We have persistently taken things for granted and hardly seek the causes of certain anomalies in the health of our flora and fauna alongside the effect of this on weather pattern.

There is also a high level of selfishness which makes us not bother about future generations. Otherwise we have thought out how to manage sensibly and sustainably the rate at which we fell trees.

The Chinese woman who was arrested with the felled rosewood logs could not care a hoot about our depleted forests. She could go on and on with her occupation unless her Ghanaian accomplices or even fronts decide to be patriotic and stop the collaboration.

No foreigner can engage in such activities without the active involvement of a local accomplice.

The enforcement of the law on the depletion of our forest cover appears to have suffered from a lull or not effective enough. It should be supported with education of the locals about the importance of a healthy vegetation cover throughout the country.

Documents Suggests Undervaluing Of Airport Company Assets To...
10 minutes ago