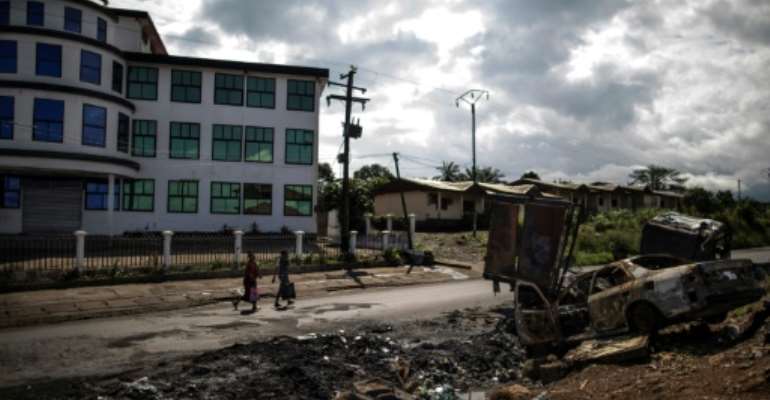 Since 2017, fighting between government troops and anglophone separatists has killed hundreds and forced nearly 500,000 people from their homes. By MARCO LONGARI (AFP/File)

Cameroon's main opposition party on Friday called for an immediate ceasefire and the release of all political prisoners, during talks with Prime Minister Joseph Dion Ngute on resolving the country's regional conflict with anglophone separatists.

At the meeting in Bamenda, capital of the restive anglophone Northwest Region, Social Democratic Front (SDF) leader Ni John Fru Ndi also called for the appointment of a mediator for resolving the conflict

"Everyone must be listened to. The SDF is for inclusive political debate on the crisis...," said SDF official Jean Robert Wafo.

"We can listen to the secessionists without, however, agreeing to the principle," he said explaining that a "clear and unambiguous" against secession had to be taken.

During Friday's discussion the federalist SDF recommended four measures to resolve the crisis, according to a party statement received by AFP.

The federalist party called for "an immediate ceasefire" and the demobilisation of all separatist forces as well as "the immediate release of all political prisoners held as part of this crisis" as well as the naming of a mediator to prepare negotiations. 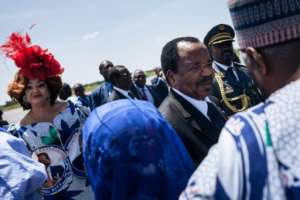 Cameroon's President Paul Biya (C, pictured November 2018) is "ready to organise a formal dialogue to resolve the socio-political crisis," according to his prime minister. By ALEXIS HUGUET (AFP/File)

On Thursday, Dion Ngute arrived in Bamenda with the message that the government was ready for dialogue to resolve the regional conflict with separatists, while stressing that independence was not on the table.

He said President Paul Biya was "ready to organise a formal dialogue to resolve the socio-political crisis" while stressing that independence was not on the table.

Since 2017, fighting between government troops and anglophone separatists demanding independence in the Southwest and Northwest regions has killed hundreds and forced nearly 500,000 people from their homes.

English-speaking communities chafe at what they see as discrimination from the French-speaking majority. But the government rejects demands for autonomy and has dispatched thousands of troops in a crackdown.

At the moment there are no channels for dialogue between the government and the rebels.

In October 2017, radicals declared the creation of the "Republic of Ambazonia," covering the two English-speaking regions incorporated into francophone Cameroon in 1961.

The declaration went largely unnoticed outside Cameroon, and "Ambazonia" -- named after a bay at the mouth of the Douala River -- has been recognised by no-one. 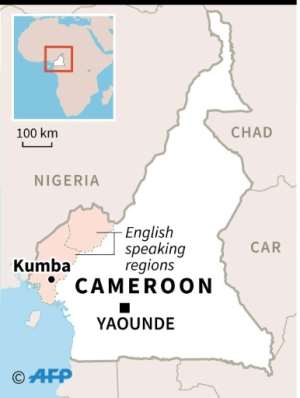 English-speaking communities in Cameroon chafe at what they see as discrimination from the French-speaking majority. By Jonathan WALTER (AFP/File)

Dion Ngute was also due to visit the other anglophone region -- the Southwest Region.

The separatist conflict has forced more than 530,000 people to flee their homes while 32,000 others have sought refuge in neighbouring Nigeria.

The UN Security Council will hold its first meeting this month to discuss the country's separatist conflict.