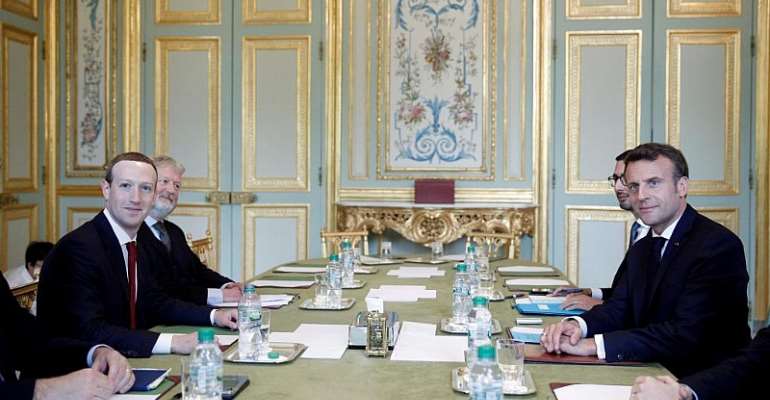 Facebook chief Mark Zuckerberg on Friday said he was "encouraged" and "optimistic" about the regulatory framework being suggested by France for the social media giant and other online platforms, after a meeting with French President Emmanuel Macron.

The meeting followed the drawing up of a report by experts and top French civil servants proposing that each member state of the European Union set up its own regulatory authority to police social networks.

"I am hopeful that it can become a model" that can be used "across the EU", Zuckerberg added.

The report commissioned by the French government -- for which the experts were given unprecedented access by social networks -- slammed the online firms' efforts to self-regulate and their "lack of credibility".

Zuckerberg met Macron at the Elysee Palace amid pressure to crack down on the spread of disinformation as well as a call from a co-founder of Facebook for the California-based giant to be broken up.

The report called "Creating a French Response to Make Social Media Responsible" has been submitted to France's digital ministry.

The report said that the response by big social media groups like Facebook to abuses and disinformation too often came after the fact and when damage was already done.

"(Self-regulation) lacks credibility," it concluded, adding that the lack of transparency "arouses suspicion over the reality of the action by the platforms."

Facebook has its European headquarters in low-tax Ireland, which under current rules would have responsibility for regulating it.

The report proposes a regulatory authority in each EU member state, rather than relying on regulation of them in the countries where they are based.

"Through the excesses that they enable, social networks create problems in other countries, (which are) difficult to see by the home country," the report added.

Macron has been one of Europe's most vocal critics of light-touch regulation of Zuckerberg's empire which includes Facebook as well as the widely used Instagram and WhatsApp platforms.

Chris Hughes, a co-founder of Facebook, wrote in an editorial published in The New York Times on Thursday that the company should be dismantled.

"It's time to break up Facebook," wrote Hughes, who along with Zuckerberg founded the online network in their dorm room while both were students at Harvard University in 2004.

Hughes said Zuckerberg's "focus on growth led him to sacrifice security and civility for clicks," and warned that his global influence had become "staggering".

Draft legislation in France to increase tax on digital giants had also been expected to feature in Macron's meeting with Zuckerberg, after lawmakers gave initial approval last month despite warnings from US officials that the move was "discriminatory".

Reopening Of Schools: Not Testing Students, Staff Dangerous,...
52 minutes ago