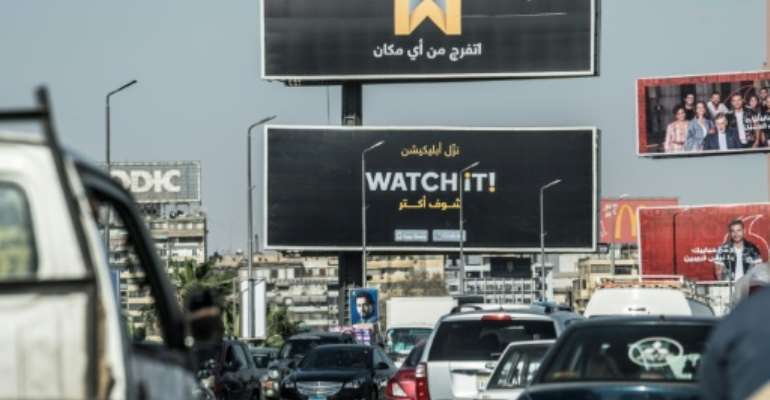 Watch iT offers 15 of the 26 Ramadan TV series produced in Egypt for a monthly fee of 99 pounds (five euros). By Khaled DESOUKI (AFP)

Egypt's first video-streaming app launched this month just in time for the Muslim holy month of Ramadan, the high season for the television industry, but its debut has been panned by critics for high prices and technical failures.

Chilling thrillers, sentimental dramas and classic comedies -- Egypt's famed Ramadan TV series have long united millions of families from the breaking of the fast in the evening until dawn.

In recent years, many have taken to streaming episodes of their favourite shows on YouTube after they first broadcast on television.

Egypt's Watch iT, which launched on May 1, aims to grab hold of this trend and snatch audiences away from the free video-sharing giant.

The platform is owned by the Egyptian Media Group and offers 15 exclusive series produced in Egypt especially for Ramadan, for a monthly fee of 99 pounds ($5.80).

"It's way too expensive," said Youssef Ahmed, a 48-year-old father shopping in Cairo during the first days of the fast.

Half-year subscriptions go for 555 pounds, with a year costing 999 pounds -- a tall order in a country where the average monthly salary is around $220.

"Anyway, it's better to watch the series on television as a family," Ahmed told AFP.

Google's Play Store service has logged more than 10,000 downloads of the app since its launch -- far below the projected figures. 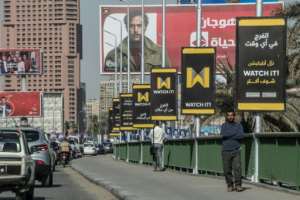 Those who have paid to access Watch iT have run up against technical difficulties, sparking a wave of criticism. By Khaled DESOUKI (AFP)

Those who have forked out the money for the platform have run up against technical difficulties, sparking a wave of criticism.

AFP could not access content on the app and error messages appeared during multiple attempts to register.

Local media said the site was the victim of "hacking" and the Egyptian Media Group did not respond to questions.

CEO Tamer Mursi boasted shortly after the app launched that his media group had played a "modernising" role in Egypt's television industry and furthered "the protection of (intellectual property) rights".

His company owns several television channels, prominent newspapers and production companies, drawing accusations from critics that it runs a monopoly.

In the age of international streaming platforms like Netflix and Amazon, the moment is right for such a switch in Egypt, but critics say the Ramadan series industry is not up to the challenge.

"When such a company launches such a service, it is supposed to test it well before it enters the market," said Ahmed Hamdi, a journalist with the business newspaper Al Mal.

Hit by general disorganisation in recent years, the industry's latest products have been characterised by rushed filming and sloppy scripts.

"Watch iT is a new experience in the Egyptian market and fully justified in terms of both its functional and financial aspects, but it faces many challenges," said Ahmed Adel, a telecoms research manager at Beltone Financial. 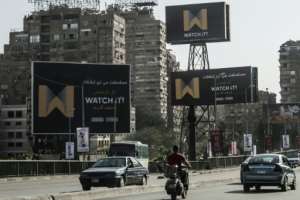 Egypt's Watch iT will have to compete with streaming giants like the Netflix from the US and the UAE's Wavo. By Khaled DESOUKI (AFP)

One of the biggest difficulties, he said, is that it cannot compete with international platforms.

Netflix from the United States and Wavo out of the United Arab Emirates are both technically superior and offer dozens of Western, Arab and Turkish series and films at a lower price.

Watch iT will also have to jostle for screen time with the pirated content widely available across the Arab world, Adel added.

Egypt is the Arab world's most populous country and more than 40 percent of its 100 million residents have internet access.

Nearly three-quarters connect with their mobile phones, according to the latest figures from the telecommunications ministry.