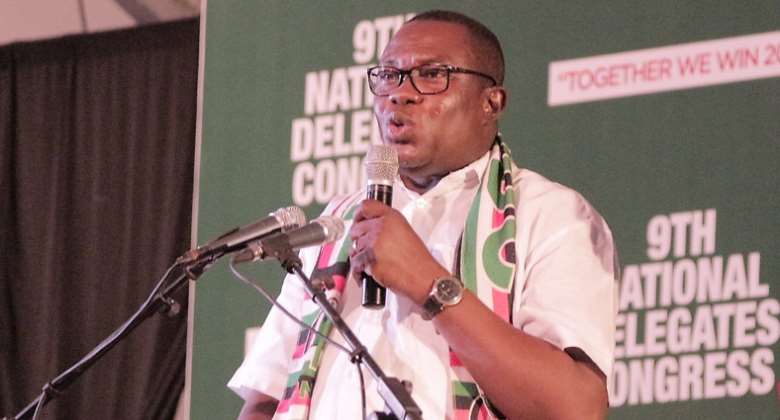 The Council of Elders of the National Democratic Congress (NDC) has backed the decision by angry members of the party not to allow their National Chairman, Mr. Ofosu Ampofo honour the CID's invitation.

They vex that the CID should rather come and arrest him if they want.

The CID through a letter invited Mr. Ampofo to the headquarters on Thursday, May 9, 2019, over the recent kidnappings and fire incidents whiles indicating that he has been mentioned as being part of a grand scheme to cause fear and panic in the country.

The invitation follows a similar one the CID served to him weeks ago over some comments the NDC National Chairman allegedly made in a leaked audio condoning to political violence and urging threats against the Chairperson of the Electoral Commission, Mrs. Jean Mensah.

At a Press Conference in Accra on Thursday, May 9, 2019, the elders of the party say they have had enough of the ruling New Patriotic Party (NPP) and will not allow them to frustrate their National Chairman.

Addressing the media, Vice Chairman for the Council of Elders, Alhaji Mahama Iddrisu called on the party’s followers to stand firm and get behind their National Chairman who appears to be a target of the current government.

“The position of the NDC which we the elderly member of the party’s council of elders have been reluctantly forced to endorse because of the times that we are in is very simple. Enough is enough. The NDC will not allow him to honor such mischievous invitation”, he said.

Following the main opposition’s decision not to allow Mr. Ofosu Ampofo to honor the invitation, it is unclear what the next line of action from the CID will be.

Nonetheless, investigations into the kidnappings and fire outbreaks is still on course especially to recuse the Takoradi kidnapped girls.