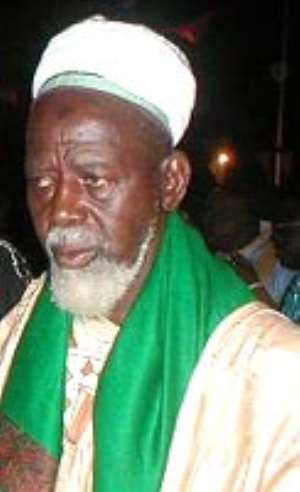 Koforidua, Jan 10, GNA - Islam faithful across the New Juaben Municipality on Tuesday, gathered at the Eastern Regional Central Mosque to celebrate Eid-Al-Adha, the Muslim festival of sacrifice. Celebrants started trooping to the mosque as early as 0900 hours to wait the arrival of the Imams, tribal chiefs and other leading Muslim community leaders for the Umma prayer session, which later begun at 1015 hours and lasted for about fifteen minutes.

He also advised erring members to do away with vices such as "adultery, fornication, drug abuse, pilfering and all aspects of hooliganism", but rather strive to be resourceful through hard work. In a goodwill message, New Juaben Municipal Chief Executive, Nana Adjei Boateng, advised religious groups to live in harmony so as to move government's development agenda forward.

He urged all to rededicate themselves to the cause of national development for the betterment of the citizens, devoid of ethnic and other sectarian considerations.