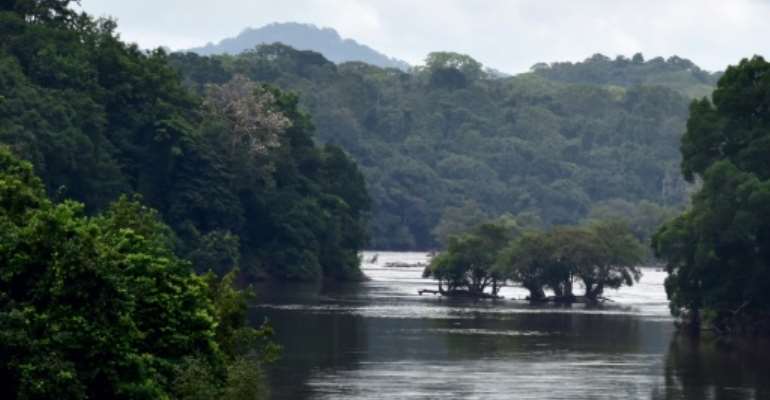 Gabon has banned exploitation of the 'sacred' kevazingo wood -- but a huge consignment destined for illegal export has gone missing. By ISSOUF SANOGO (AFP/File)

Hundreds of seized containers of kevazingo, a precious wood considered sacred and whose exploitation is banned in Gabon, have gone missing, it emerged Wednesday.

More than 350 containers confiscated by the authorities were found to have "curiously disappeared" on April 30, said Libreville prosecutor Olivier N'Zahou quoted by the pro-government Union newspaper.

Customs officers had discovered the collection of rare hardwood -- worth millions of dollars -- in February and March at two Chinese-owned depots at the Owendo timber port on the Libreville peninsula.

The wood had been loaded into containers bearing ministry of water and forests labels, falsely describing it as Okoume -- a kind of timber cleared for export.

After authorities discovered the fake documentation, a ministry official based at the port and his team were arrested on suspicion of trafficking the wood.

Top quality kevazingo, also known as bubinga, can fetch up to $2,000 per cubic metre.

N'Zahou accused ministry officials of having "knowingly ordered the removal of the said containers with a view to fraudulent export" of the wood.

The ministry of water and forests did not respond when contacted by AFP.

The wood is listed as under threat by CITES, the international convention covering endangered animals and flora.

The industry is hugely important for the West African nation's economy, supporting some 17,000 jobs, and is second only to the petroleum sector in terms of foreign earnings and accounts for 60 percent of non-oil related GDP.

In March, a British NGO warned of illegal practices in kevazingo, accusing a Chinese group of trafficking the wood in Gabon and also neighbouring Republic of Congo.

Last month, Gabon suspended a logging licence issued to a Chinese timber company after a British watchdog group, the Environmental Investigation Agency, accused the firm of bribery and breaches of forestry laws.