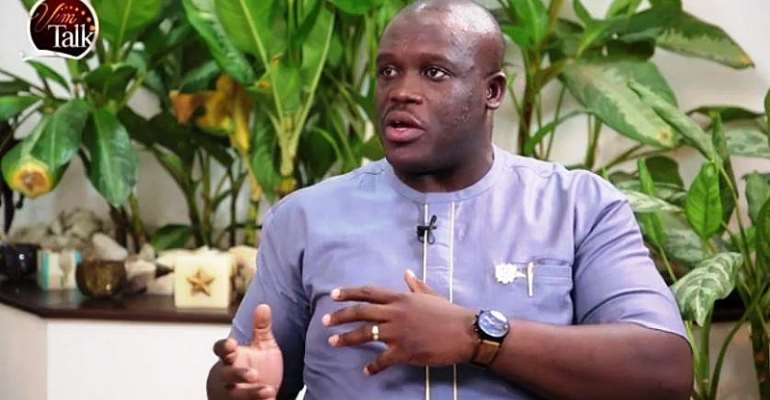 It seems the bad blood between former Ningo-Prampram Constituency Member of Parliament E.T. Mensah and his successor, Sam George, appears far from ending three years after the former lost to the latter in a bitterly contested primary.

Sam George revealed on the Vim Talk Show last Saturday that, he has taken a “decision never to greet” his former godfather, E. T. Mensah again, stressing that the former MP “doesn’t feed him.”

“In all honesty, I am a Christian and I won’t lie; the last three times we met I didn’t greet him [E. T. Mensah]. I have taken a decision never to greet him again. Because at the end of the day, he doesn’t feed me and I don’t feed him,” the MP disclosed.

Sam George who attributed his decision to unsuccessful efforts to normalize his relationship with the veteran politician also told host Afia Pokua that several attempts by high ranking Ghanaians to resolve the impasse have so far proven futile.

“Post the 2015 primaries there is no elder in this city I didn’t approach to beg E. T. Mensah on my behalf. I don’t know what I have done wrong. The only wrong I did was to contest him.”

Efforts by the likes of the late Ex-Vice President Amisah Arthur, Baba Camara, Sam Gabah, Arc-Bishop Parmer Buckle, chiefs from both Ningo traditional council and Prampram traditional council, have amounted to nothing, he revealed.

According to Sam Goerge, the straw that broke the carmel’s back was when E. T. Mesah snubbed him in parliament in front of his colleagues after he attempted to greet him.

“Any time I see him, I approach him and greet him,” he said. There was an incidence in parliament when he “shook hands” with my colleagues but he “snubbed me and walked away and it has happened at funerals and other places.”

“For two continuous years I allowed him to ridicule me but… he doesn’t feed me. I have given him respect but if he will not respect himself, I will not allow him to bring me to his level,” Sam George stated.

Despite the broken down relationship with the former MP, Sam George is of the view that E. T. Mensah is his “constituent” and will be “willing to help him” whenever he needs his help.

Check out full interview below: