The Nyanfore And Nimley Family Of Grandcess, Liberia: The Story And History Of An African Family 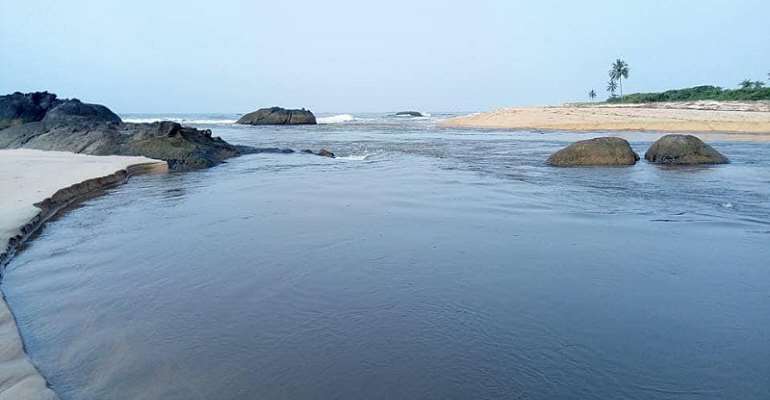 It was prophesized by an oracle that Dagbayonoh, who could not give birth in her village, would bear two sons if she migrated to Grandcess and that one of them would become a king. In Grandcess, she married Jappah; and they born two sons, Nyanfore and Nimley. The children were named after the mother in accordance with the Kru culture; Dagbayonoh Nyanfore and Dagbayonoh Nimley, referring to them as children of the visiting woman.

Nyanfore became king of Grandcess from 1901-1908 during the respective administrations of President Garrietson Gibson and President Arthur Barclay. Before 1850, Grandcess was not a part of the Republic of Liberia and before 1917 the area was ruled by kings. “During his rule and before, the Liberian government denied the natives of the land citizenship of the Republic. Yet, the regime made them pay taxes. Taxation without representation was an issue in the country. The king fought against “Black colonialism” and Western cultural imperialism, accordingly. His stance on this issue, the advocacy of other natives, international criticism, and the economic condition forced the government by 1912 to extend citizenship to the native majority during President Arthur Barclay administration. He was a traditionalist and stood for a united Grandcess, but he was also controversial”.

In 1854, Grandcess was an extension of Maryland State in Africa and “when Maryland joined Liberia in 1857, Grandcess followed suit”. Nyanfore’s younger brother Nimley became head of the military. He was a “dogbwo”, warrior, and also a wealthy man.

Nyanfore born 9 children, including Princess Nyanfore Boryonoh, see photo, and Prince Dagbayonoh Kiah Nyanfore. Nimley born 11 children, including James Nimley and Doe Nimley. James, named Nimley Nah, settled in Sierra Leone but returned and was appointed superintend of Grandcess by President Tubman. Doe migrated to America where he born 6 children, their picture is also below. Unlike Nah, he did not return. Boryonoh born 16 children; her brother Kiah had 6.

As times went on, the given names, Nyanfore and Nimley, became the surnames of their respective children. Their descendants constitute the Nyanfore and Nimley family. The family is one of the largest families, or the largest family in Grandcess, said the late Old Man Michael Koffi Nah of the Grandcess Community in Monrovia. The family consists of the Wolos, the Passawes, the Does, Broplehs, and the Mentees and the MacClains of Picnicess, the birthplace of the matriarch, Dagbayonoh.

Further, the website discusses family history, tradition, journey, Grandcess, and the Kru tribe. The site shows that the family extends to other countries, that Grandcess was a major trading center and a prosperous kingdom in West Africa, that the Kru taught Europeans how to navigate the sea, some served in the Royal Navy in WWII, and during the slave trade, fought and refused to become slaves. The Kru have traveled the world and have helped build communities. Grandcess is part of Grand Kru County.

“Grandcess was a leading commercial area, even until the early 1900s. Portuguese explorers named it Grandcess, meaning big Kenja or basket for carrying Malagetta pepper, which was dearly sought in Europe for food spicing. During the Middle Ages, Grandcess was considered “the largest city on the Grain Coast with a population of 12, 000” and was also called the “Kingdom of Malagetta”, according to the site. The Portuguese also named “Picaninnycess”, meaning small Kenja.

Grandcess has produced great leaders and individuals, including Plenyono Gbe Wolo, the first African to graduate from Harvard University and Dr. Thorgues Sie, an anthropologist and political advisor to Didwho Welleh Twe’s 1951 presidential campaign. Sie was also the national chairman of the Reformation Party against the ruling True-Whip Party for the 51 Election.

The Kru have produced great personalities, such as King Sokwalla, the 1530s, Prince Samuel Kaboo Morris, the 1870s, Juah Nimely, Didwho Welleh Twe, Economist Dr. Togba-Nah Tipoteh, Teniwenti Toh, Actress Saycon Sengbloh, Soccer Star Didier Drogba, and Liberian president George Manneh Weah. Kaboo came to the United States in 1893 as a teenager and inspired the American community. He may be the first or one of the first Kru to freely travel and settle in the US during that period. Today the Taylor University, which he attended in Indiana, has a memorial in his honor.

The site ends with a brief discussion of Liberia, noting the history and contributions of traditional Liberians before 1822.

“One of the goals of the site is to encourage Liberians to know, document and tell the stories of their people, to be proud of their background and who they are. A person without history, culture, and knowledge of self is bound to be confused, lost, and to be controlled”, says Dagbayonoh Kiah Nyanfore II, the surviving member of the original team of the Nyanfore and Nimley Genealogical Research Project. He added, “Another goal is to inform the young generation of the family of the family history so they can know and tell their children”.

The website is more than a family story; it goes beyond the family and looks at Liberia in general, and it bases its discussions on serious research and documentation. The site is dedicated to the three members of the team who have departed to be with the ancestors. It has both Liberian and international music, contains pictures, video documentaries, and useful links. 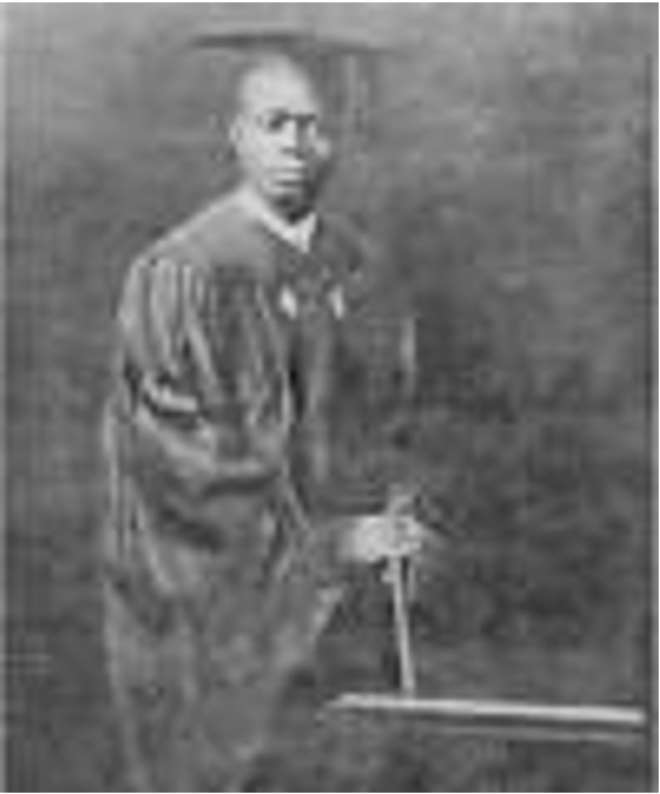 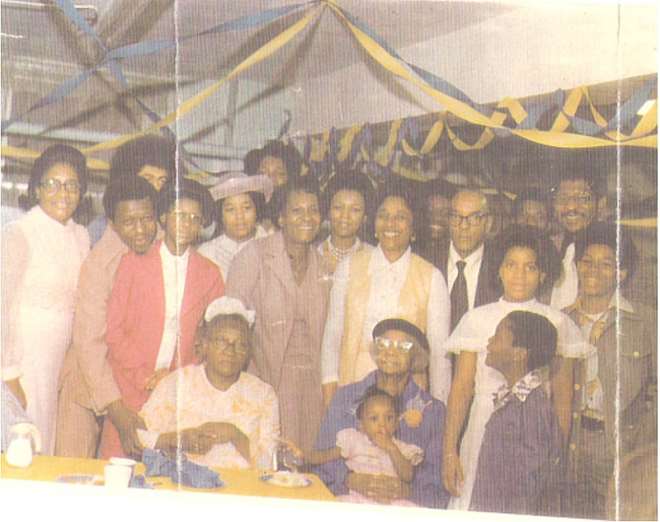 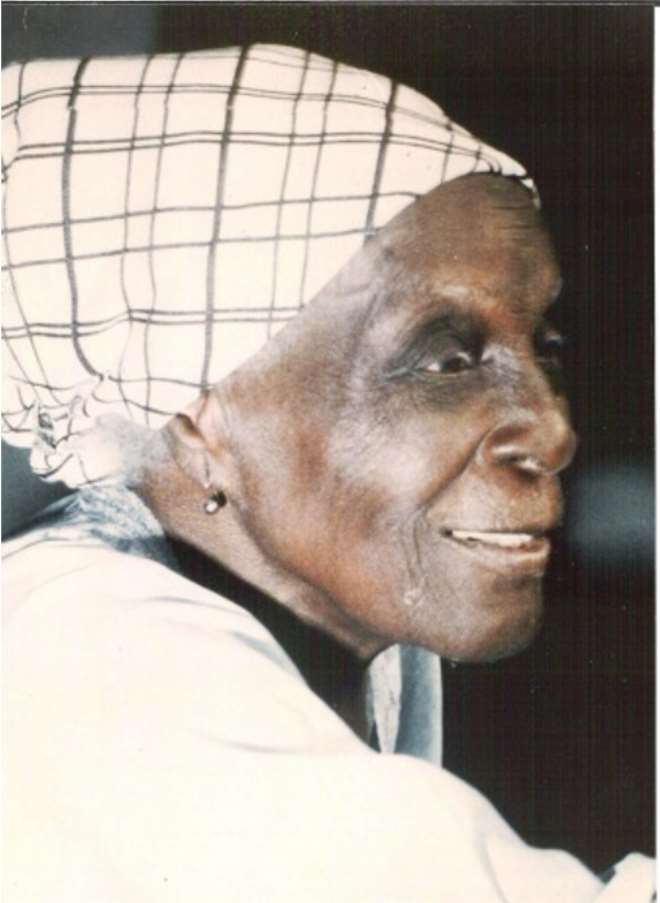