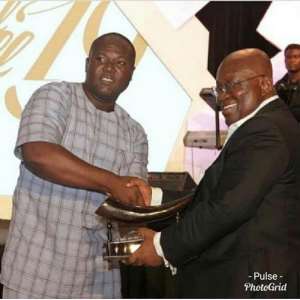 The Chief Executive Officer of Sunyani-based Suncity Radio, Mr. Ransford Antwi says he doesn’t understand why other small towns and districts are fast gaining development projects to their detriment.

“What have we done to merit this biased treatment from your government" he added.

Mr Antwi has charged Nana Akufo-Addo led government (NPP) to give Sunyani, the capital of Bono region its fair share of the national cake.

He said the region has been stifled of development especially poor road networks, lack of infrastructure, sports stadium among others.

According to him, Sunyani has suffered years of neglect despite its major role in the economic development of the country.

"Is Sunyani and other towns in the Bono Region not part of this country? It's not fair that when you go to other regional capitals and see things and then you come to Sunyani and its different, "he stated.

Mr Ransford Antwi in a post on his Facebook wall on Monday said "our political and Traditional leaders may be selfish and greedy but at least the people do vote...

Below is Ransford Antwi’s full post:
Good Morning, Mr President...Respectfully, Your Excellency, where's our share of the national cake.

Is Sunyani and other towns in the Bono Region not part of this country? Our political and Traditional leaders may be selfish and greedy, but at least the people do vote...what have we done to merit this biased treatment from your government ?? Others did same but you promised to be different, Mr President.

Mr Ransford Antwi, who is the manager of Kojo Antwi, was recently awarded a citation of honour at MUSIGA's sixth Presidential Grand Ball event held in Accra.

The citation of honour was in recognition of what MUSIGA described as Mr Antwi's "unwavering support and dedication to the music industry," among other things.

Among the distinguished dignitaries present at the event was the President of Ghana, His Excellency Nana Addo Dankwa Akufo-Addo.