Takoradi Cemetery Closed Down For No Space 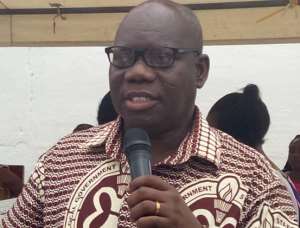 Residents of the Sekondi-Takoradi Metropolis have been asked to bury their dead at the Ketan Road Cemetery in the Metropolis following the closure of the main Takoradi Cemetery by authorities after it reached its full capacity.

According to the metropolitan assembly, a wide stretch of land surrounding the Ketan Road cemetery had been graded to widen it up to enable residents in Sekondi-Takoradi to bury their dead.

The Sekondi-Takoradi Metropolitan Chief Executive (MCE), Kobina Kurentsir Sam who disclosed this indicated that the assembly had acquired a 38.12 acre parcel of land at Eshiem also in the metropolis for a new cemetery.

“We are looking forward to lease the surroundings plots of land to private investors to set up funeral homes so that funeral could be organized right at the cemetery, “he said.

The MCE, popularly called K.K Sam pointed out that for the time being, the land would be used for farming to avoid encroachment “since we have not started burials there.