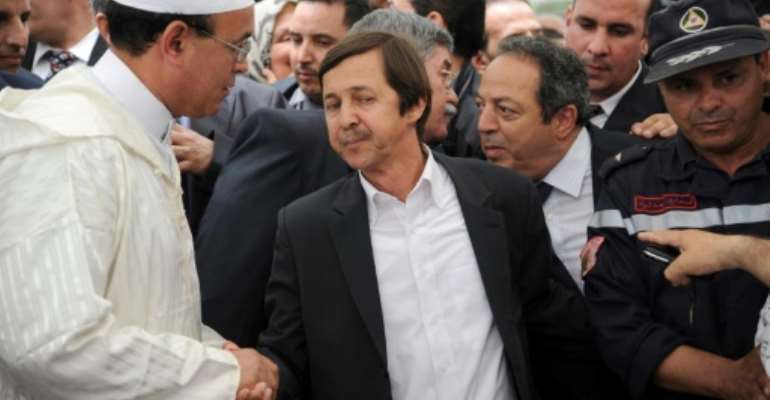 General Mohamed Mediene, known as Toufik, who headed the secret service for 25 years and former intelligence coordinator Athmane Tartag were the two spy chiefs arrested, the source said, asking not to be named.

The security source did not provide a reason for the arrests.

There was no immediate comment from Algeria's police or army, despite efforts by AFP to reach them.

Said Bouteflika was seen as the guiding hand behind the rule of his ailing brother Abdelaziz, who resigned on April 2 following pressure from the military in the face of huge street protests.

The president's brother was frequently cited in the past as a likely successor as head of state.

He had exerted increasing influence behind the scenes, as the former president was rarely seen in public after a stroke in 2013.

Mediene headed the the all-powerful DRS intelligence agency, until Bouteflika fired him in 2016 and dismantled the institution.

Algeria's army chief Ahmed Gaid Salah has in recent weeks accused Mediene of being involved in a plot against Algeria.

In mid-April he gave what he called "a final warning" to the former DRS chief whom he accused of conspiring to "hinder solutions to ending the crisis" in the protest-hit country.

Salah had helped Abdelaziz Bouteflika to neuter the DRS, which was long considered a "state within a state".

Demonstrations are ongoing in the North African country, with people pouring onto the streets for the 11th consecutive week on Friday, to demand the resignation of regime insiders and the establishment of transitional institutions.