Open Letter to Ghana Energy Commission and the ECG/PDS 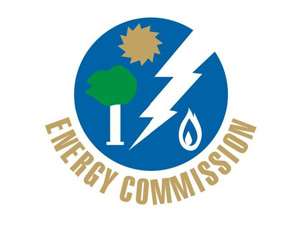 I would gladly love to raise my serious concerns with you regarding your superintending, and delivery, of, domestic electricity, thus supply of electrical energy to homes or to certain homes in Ghana.

To start with, I am a native of Ghana but residing in Europe for nearly the past four decades. Having become aware of, and identified, some problems faced by the Electricity Corporation of Ghana and Ghanaians as a whole, I decided to put across some suggestions that have the potential to remove, or minimize, the problems. Subsequently, I wrote a personal letter to then His Excellency the President, Jerry John Rawlings. It was addressed to him at the Osu Castle, in 1996. I spelt out the problems and then gave advice and suggestions as to how to resolve them. This was from the point of view of myself being a European trained and educated electrician, doting on the self-pride of passing on the good things I learn abroad to my native country to help the people therein.

The problems conveyed to the attention of the President were:

1. The illegal trafficking of electricity. Some electricians were noted for conniving with some homeowners to do electrical installations such that part of the electricity consumption by the household would not be charged to the house owner. They would conduct the electrical wiring of the house to ensure that part would go through the Electric Meter to be provided by the Electricity Service Provider in which case it was/is the ECG, and part would be wired to directly read the consumption of the household’s electricity into the service cable, thus, charged to the public.

3. There were absolutely no Electrical Installation Inspectors in Ghana to inspect domestic electrical works to ensure they conform to Building Standard Regulations in respect of electricity installations. Therefore, no domestic electrical installations were inspected and no certificates of conformity were issued prior to the ECG connecting such homes to their distribution line. The absence or lack of this vital requirement, gave rise to not only the illegal connections made but also, poor electrical wiring that often resulted in a house catching fire through electrical fault.

The advice and suggestions given were:
a) The Electric Meters to be provided or installed by the ECG should be situated outside the homes in purpose-built enclosures to serve a number of homes or a home and must be key-locked. The key of such an enclosure must be held by, and accessible to, only a designated engineer/operative from the ECG. It is from this Meter that the domestic cable must be drawn to serve the house. By this, any illegal wiring of the electrical installation within the house with intent to consume electricity free of charge by the house owner would not work. This is because no electrical power supplied to the home could bypass the Meter so installed outside the house because the Service Cable that connects your property to the electrical distribution network will be drawn from below the Meter. This is unlike where the Service Cable is sent overhead to the house to be connected to the house owner’s already drawn cable from the Power Meter installed inside the house, and gone through the roof where all such illegal connections to consume power without paying are made.

b) There must be Electrical Installation Inspectors to inspect to certify the conformity to Building Standard Regulation with respect to electricity, of newly domestic or commercial electrical installation. With the inspectors conducting both visual and electronic testing of the installation, they will be able to detect any illegal connections made, discover that correct cable sizes or wires have been used for say power sockets, cooker and lighting circuits with the required number of power sockets or lights on a circuit, etc. The work of the inspectors can help remove most of the hazards in electrical installation. As they inspect, they will advise on faults found and demand for corrections before they pass your installation, then issue you with a certificate upon the presentation of which the ECG will supply you with electricity. “The Third Party Certification scheme allows you to check and certify domestic electrical work undertaken by others via inspection and reporting procedures”

Within two weeks of posting the letter to His Excellency Jerry John Rawlings from Paris (France), I received a classified acknowledgment from his office. This means, he had appreciated the contents of my letter hence given it a reference number, filed it away safely for near future execution.

When I was in Ghana on holiday in February to March 2019, I discovered to my utter dismay the mounting of Electrical Meters on pieces of cable trays fixed/attached onto wooden (teak) electric poles. There could be any number from four to eight of the Electric Meters on the (metal) cable tray. They were in the open exposed to the vagaries of Ghana weather, thus intense scorching Sun, monsoon rains, harmattan wind etc. None of such Electric Meters that I saw was either in a metal or plastic encasement to protect them against the savagery of the weather as just indicated above.

May I convey to the attention of the Ghana Energy Commission and the ECG/PDS that:

i) The Electric Meters mounted in the open on the cable trays onto the wooden electric poles are hazardous to public safety.

ii) The (metal) cable trays on which they are fixed should have been bonded and connected to the earth wire to reduce the risk of electric shock to the public or to provide safe route for faulty excess current. Are the cable trays in question earthed by TNT (connected to the supplier’s earth cable)?

iii) Water is a conductor of electricity. When it rains directly onto the Meters and accidently part of the life wire has unknowingly popped out of the Meter, gets in touch with the rainwater and someone happens to lean against the pole, just imagine what the outcome will be. Are there periodic checks by ECG engineers to ensure that the cables are well connected and are safely in place as they are supposed to?

iv) It is just professionally prudent that the Electric Meters are placed in key-locked purpose-built metal or plastic enclosures to restrict access to only qualified/designated persons to prevent possible tampering with by members of the public for dubious reasons.

v) Deaths to people or electric fires have resulted from the way the current Electric Meters are mounted on poles, it is alleged by some people and electricians. I am not always in Ghana to ascertain the veracity of their claim, however, the possibility of occurrence of such incidents cannot be disputed or doubted. When I questioned one electrician what he has done about coming to the conclusion that the way the meters are mounted on the poles is not safe, he said, he has done nothing about it and never intends doing anything. For him, who should he complain to since no one will listen to him, he said.

vi) There is every indication, from professional and Health and Safety point of view that no diligent risk assessment was done before the Energy Commission or the ECG, agreed the mounting of Electric Meters outside homes on cable trays on wooden (teak) electric poles without enclosures. There are visibly, completely no safety measures in place to prevent anyone from reaching them for whatever reason, unlike the spiked iron bars set at height around electric pylons in urban agglomeration to prevent people from climbing up the pylons to get killed. Grill is built around substation “step up” or “step down” transformers to prevent unqualified persons getting in contact with them to get electrocuted. Why are there no similar preventive measures in place for the open-mounted Electric Meters which although are comparatively less dangerous, are still inherently dangerous to cause fatal accidents?

SUGGESTIONS:
Now that some of the Electric Meters are Powerkey/Powercard/Prepayment Meters, call it whatever you want, they can be installed in homes in such a conspicuous manner as to make tampering with, or illegal consumption of energy, near impossible if not completely impossible. For the avoidance of any part of the domestic installation bypassing the Meter to read directly into the public account via the service cable, the Meters are to be encased in purpose-built key-locked earthed-metal enclosures with transparent glass/plastic allowing only for removing/inserting the prepaid electric key or card, and also for displaying the Meter readings. The part of the meter (underneath) from where the incoming service cable (from ECG) and the domestic cable (from the house owner should not be accessible to anyone with the house owner inclusive except designated engineers from ECG for repairs and other genuine technical reasons.

For prevention of the inherent hazards coupled with the unsightliness of Electric Meters mounted on wooden poles as under discussion, I suggest that non prepayment electric meters which require periodic or monthly reading amid estimated reading bills by meter readers, should rather be Smart Meters. Smart Meters can be read remotely accurately how much electricity has been consumed by the property without ECG meter readers coming into the property or sending the house owner estimated bills. This being the case, the meters can be installed outside but within the house in a conspicuous manner in a purpose-built key-locked enclosure same as with the Prepayment meters as explained above.

Disconnecting electricity supply to a property must be done at its service source at the pole. Once it’s disconnected at the pole, there is no way that any illegal reconnection by the property owner could be made unlike the current situation where a cable (live or neutral wire) is pulled out by ECG engineer from the accessible (to all) meters inside the house only to be pushed back in at night to give them electricity. Some people can even do it so that it does not read through the meter. This is a shoddy, if thoughtless, way of disconnecting a property’s access to electricity to compel the owner to pay their electricity bill due or outstanding.

Not in the mood to lecture the Energy Commission and the ECG and their affiliates nonstop, I shall end by suggesting that the Electricity Provider should not allow people to owe them money for more than six months before disconnecting their power supply. Some properties, especially the Government Ministries could owe up to hundreds of thousands of Cedis but still continue to enjoy electricity supply. No wonder that Ghana is faced with constant or intermittent power outages or load shedding. The company is broke. It cannot raise enough money to pay for its own source of energy supply, be it gas, petroleum, windmill etc.

As I conclude, do Energy Commission and the ECG know that they can be held culpable for the damages their unannounced intermittently, but repeatedly power outages (On & Off power supply) cause to properties and electrical appliances? I have today, Saturday, 4 May 2019, just been informed of how someone’s house nearly burnt down when her fridge caught fire as a result of the repeated ON & OFF power supply that resulted in excess current being sent into her fridge hence the fridge catching fire. By the time the Fire Brigade got there and with the help of the neighbours bringing the fire under control, everything in her apartment hand burnt into ashes. If the fire had not been stopped but spread any further, two of her cousins taking siesta in another apartment would have died if the fire had reached the kitchen to set the three gas cylinders off in explosion.

I hope you will accord my views the needed professional consideration.

The author has 2035 publications published on Modern Ghana.

Sensitize School Children On Wearing Face Masks Before And A...
39 minutes ago