Rockson Bukari Is Both a Party Pooper and a Nation-Wrecker 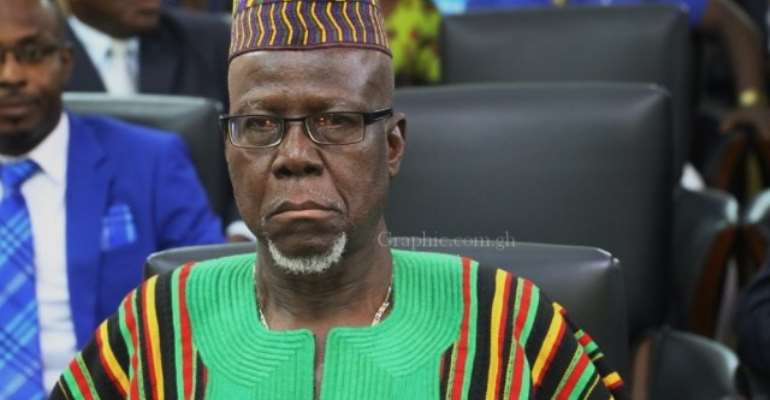 Report that a Minister-of-State at the Presidency was forced to resign or resigned of his own volition from the Akufo-Addo Administration, came as great news to me, if also because the crime of which the former Upper-East’s Regional Minister has been accused of being guilty of is outrageously inexcusable. We are, of course, referring to Mr. Rockson Bukari, who has been accused of having facilitated the bribery of both a judge and an investigative journalist in a case involving the shady dealings of a Chinese-owned mining company operating in the Upper-East Region, and other parts of the country, by the name of Shaanxi (See “Rockson Bukari Resigns from Presidency Over Bribery Scandal” Kasapafmonline.com / Ghanaweb.com 4/30/19).

I have not been keeping count, but I think this is at least the third of such resignations in the twenty-seven, going on twenty-eight, -month-old government of President Addo Dankwa Akufo-Addo. Now, this is very healthy, in view of the fact that I never heard about a single resignation by any so highly placed Minister-of-State at the Presidency during the entire four-and-half-year tenure of the previous Mahama regime. The usual practice then, as I vividly recall, was to hear or learn of such Presidential Staffers being actually promoted for wrongdoing. I have read a couple of news reports about the preceding matter, which indicates that sometime late last year Mr. Bukari, who was then the Upper-East Regional Minister, attempted or rather successfully negotiated a bribery scam that was aimed at killing an investigative news story authored by one Mr. Edward Adeti, a reporter employed by the Starr-FM Radio Network, that was targeted at a kickback-prone judge in the Upper-East’s Regional Capital of Bolgatanga who was found to be culpable of having been compromised into criminally deciding a case in favor of the aforementioned Chinese-owned Shaanxi Mining Company.

Precisely what the latter case entailed was not very clear to yours truly at the time of this press preparation; presumably, the subject of this case had to do with the environmentally destructive practices of Shaanxi. Whatever the case may be, matters ought not to be allowed to end with the official resignation and the acceptance of the same, respectively, by Mr. Bukari and President Akufo-Addo. This matter must be further probed and the judge involved in this nation-wrecking case duly and promptly sanctioned. What this also means is that Mr. Bukari also needs to be sanctioned well beyond his decision to promptly resign from the Akufo-Addo Administration, with the salutary possibility of the former Minister-of-State’s being rigorously prosecuted and sentenced to some prison term.

Coming after the recent Aisha Huang Affair, or the Osafo-Maafo Contretemps, makes such punitive and/or judicial sanctions all the more imperative. The latter observation is, of course, not the least bit to suggest that there was any wrongdoing in the custodial release of Ms. Huang and the latter’s prompt deportation to China, for there clearly was absolutely no wrongdoing here, in view of the fact of the Mahama regime’s having allegedly provided Ms. Huang with hermetic state protection, while this infamous courtesan or demimonde, in turn, allegedly provided some key operatives of the Mahama regime, and perhaps even some members of the opposition, with some commercially transacted sexual services.

Getting to the bottom of this case, judicial-wise, is also necessary because the recently resigned minister is also alleged to have roped in the Tongo Rana, or Paramount Chief of the Talensi Traditional Area, whom Mr. Bukari is alleged to have claimed to have pressured the Starr-FM’s journalist, by the name of Mr. Edward Adeti, to kill his investigative story against both the judge, whose name at the time of this writing was unknown to yours truly, and the Shaanxi Mining Company. The Tongo Rana has reportedly vehemently denied that he did any such a scandalous and a patently unlawful thing. Further and thorough investigation of this matter may also afford both the Government and the general public some significant and even instructive insight into the uphill task that is the ongoing War on Galamsey, in particular on how to effectively extirpate this existential quality-of-life threat to the nation (See also, “Resign; You Can’t Be Trusted – Journalist to Rockson Bukari” DailyMailGh.com / Ghanaweb.com 4/29/19). The Akufo-Addo Presidency also needs to turn the heat on the double-salary ministerial scam-artists of the previous Mahama regime.

The author has 5172 publications published on Modern Ghana.

54 Nigerians Await Repatriation After Sneaking Into Ghana
51 minutes ago

Coronavirus: Some School Staffs Including 55 Students, Test ...
51 minutes ago