Minority To Drag IGP To Parliament Over Takoradi Kidnapped Girls 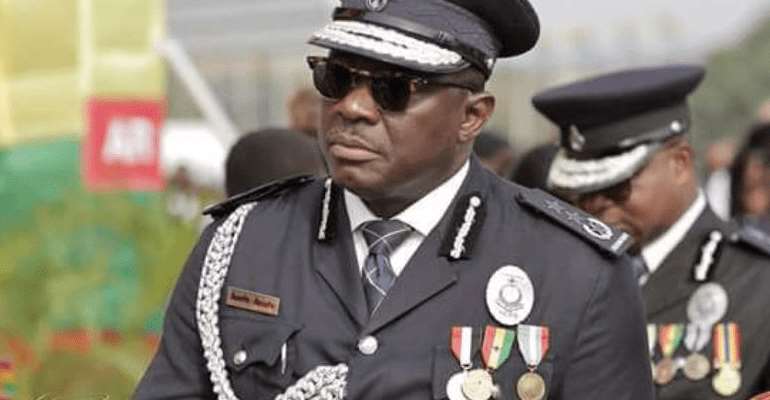 The Minority Caucus of Parliament has vowed to drag the Inspector General of Police (IGP) to Parliament over the whereabouts of the Takoradi kidnapped girls.

According to Minority, the police have over the last few months been 'lost' on the state of investigations on the matter.

The Minority Leader, Haruna Iddrissu disclosed this in his closing remarks when the House ended the recall sitting on Friday, May 3.

About three girls of separate families have been kidnapped since late last year.

The Criminal Investigation Department (CID) of the Ghana Police Service has been dormant with investigations on the matter.

Uptill date, the police have not been able to communicate properly to victims families about the state of investigations.

Last February, the Director of CID, CoP Maame Tiwah Danquah, gave a false claims that the police knows the whereabout of the young girls.

Subsequently, an Accra based news tabloid, Daily Guide came out with a report that, the kidnapped girls have been found by the anti-crime investigation body, the Bureau of National Investigation (BNI) and are going through medical update before they are made to reunite with their families.

Such publication gave hope to the emotionally charged families.

But their hopes were dashed when the police came out with a statement to debunk the news report, stating that the girls are not yet been found.

That statement indirectly discredited the police own earlier claims by the CID Boss.

The back and forth of the police on the matter rose tempers of the victims families and relations.

This, the Minority Leader said, need national attention but first the police overall boss, IGP must appear before parliament to explain as to why the police are adamant on their investigation to discover and rescue the young girls.

"Mr Speaker, may I take this opportunity to say that the issue of the kidnapped girls remained an issue that need national attention and we will have to bring the IGP here, to explain to the nation how far they have gone with the investigation on this matter," Haruna said.

The Minority Leader also hint that his side of the House will trigger a motion on the matter as well as the Senior Minister, Mr Yaw Osafo Marfo, comment in the galamsey Queen, Aisha Huang saga

The Tamale lawmaker said, the comment by the Senior Minister sought to undermine the laws of the country and impugning the rule of law.

The House was recalled from recess to consider some national pressing issues that needed parliamentary approval.

The House considered and approved the Company Bill, app loans and some Resolutions for tax waivers to companies that will support government 1D1F, NHIS, GETFUND, among others.

Before adjourning the House sine-dire, Speaker of Parliament, Prof Aaron Mike Oquaye, charged the Legislators to their respective constituencies to explain parliamentary works and policies to the locals.

He expressed grateful to members for their time to attend the one week recall sitting and urged them to serve the nation with strong commitment.

The Majority Leader, Osei Kyei Mensah Bonsu, thanked members for availing themselves at the recall and promised that as a Minister of Parliamentary Affairs, he would continue to work towards bettering lives of members of the house, especially their security.

The House is expected to resume ending of May this year.