Renegotiated Deal With Aker/AGM Is A Total Rip-Off —Minority 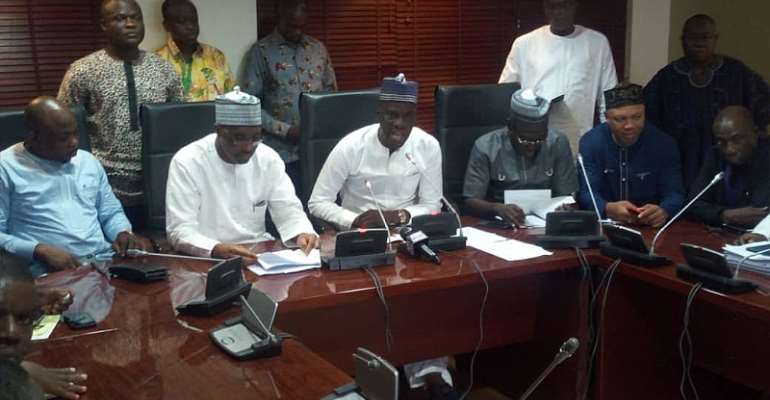 The Minority Caucus in Ghana’s Parliament says the government’s renegotiated agreement with Aker Energy/AGM is a complete rip-off by the President Akufo-Addo led administration.

The Minority has raised red flags about the deal which it says has rather reduced Ghana’s stake from 43% to a paltry 18% in the South Deepwater Tano Block contract with AGM Petroleum Ghana Limited.

Addressing the media in Parliament on Friday, the Minority Leader Haruna Iddrisu indicated that the potential loss of oil to the country in this renegotiated deal was almost the size of the entire Jubilee Field.

“The impact of the 'sell-off' from AGM/Aker Energy is huge; a potential loss of over 250 million barrels of recoverable oil production equivalent (net to Ghana), which is almost the size of the entire Jubilee Field,” he said.

He also stated that they consider the deal as a rip-off because the state had already spent some money to make the Block attractive.

“The Minority Caucus finds this renegotiation as a rip-off especially as the GNPC has already invested over $30 million in acquiring data and reducing Exploration risks over the Block, thus making it attractive prior to the entry of AGM/Aker Energy into same Block,” he said.

The Minority expressed dismay at how the Akufo-Addo government has chosen to reject the better terms of agreement led the by the previous Mahama administration including the forfeiture of free funding of about $62 million representing 24% of the $259 million as the cost of the Well.

The Minority side of Parliament is therefore demanding answers why the government seems to be giving so much of the country’s resources away when it is in dire need of money for development.

The group also questioned the rationale for the renegotiation.

"You Were Not A Vice President When MoMo Was Introduced 11ye...
18 minutes ago