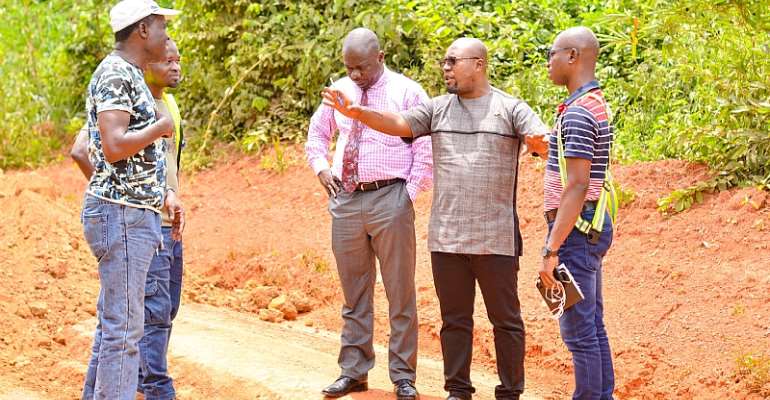 The municipal chief executive for Prestea/Huni-valley , Hon. Mozart Kweku Owuh on Tuesday, April 30, 2019 took some journalists to assess progress of work on the road from Insu siding to Huni-valley.

The road which also serve as alternate route for business men and women to and from Bogoso had, over the years been in a very terrible state.

The reshaping of the 19.4 kilometer road which was initiated by the Member of Parliament Hon. Lawyer Mrs. Barbara Oteng-Gyasi with sponsorship from Ghana Highways has brought immense relief to drivers and the communities that rely heavily on it to transport their farm produce easily to Bogoso market.

The workaholic MCE described the work of the contractor as worth appreciating considering the timeline used and the quality of work done,

" I am very optimistic the reshaping of this road which was in a deplorable nature, will reduce the frustration people go through on daily basis and will bring relief to the people especially drivers."

Hon. Owuh further tasked the contractor working on the stretch to finish ahead of schedule.

Speaking to local media, Hon. Mozart Kweku Owuh assured residents that, the Member of Parliament is committed to fixing other deplorable roads to improve the livelihoods of the people in the constituency .

The Ghana Highways engineer applauded the Member of Parliament and the municipal assembly for taking such initiative.

Maame Akosua, a farmer at John Beposo said, besides agricultural benefits, the road has also come with other social benefits as communities now will have access to amenities such as schools and hospitals.

Some drivers expressed appreciation to the municipal assembly and its partners for reshaping the road, which was dear to the hearts of the people. 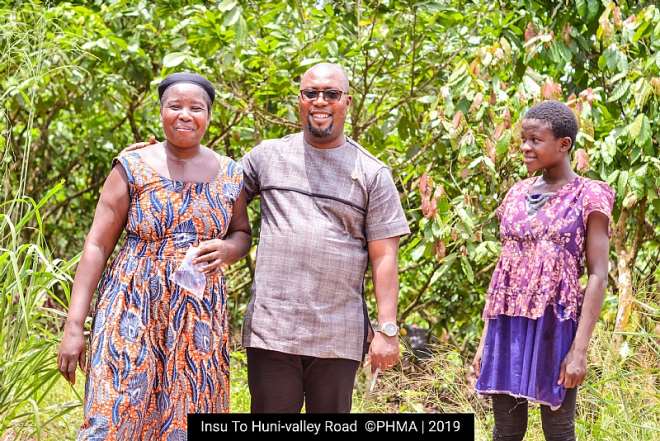 Maame Akosua, a happy farmer in a pose with the MCE whiles her daughter looks on. 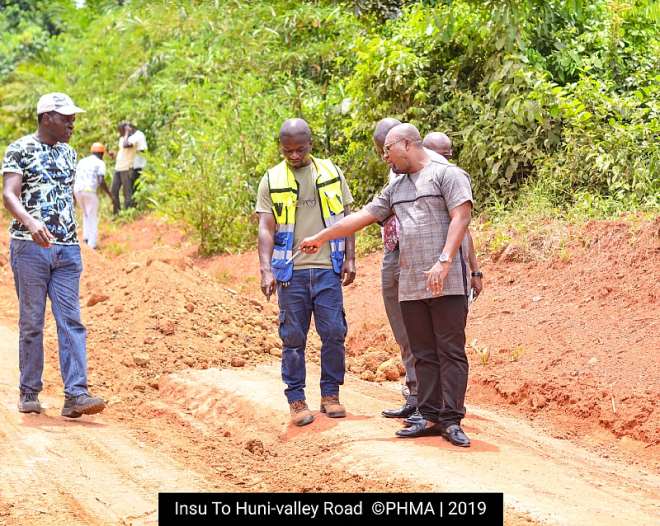 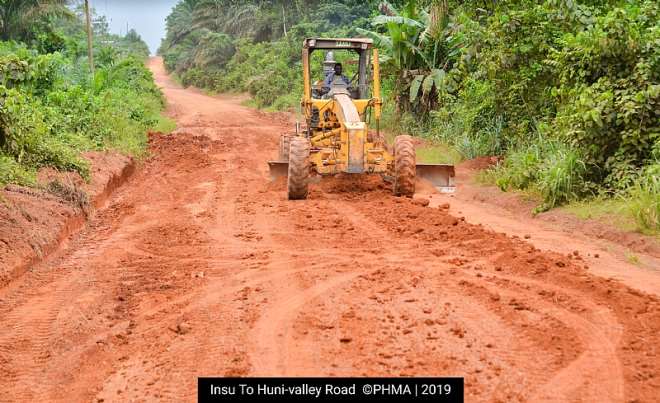 A grader busily working on the road