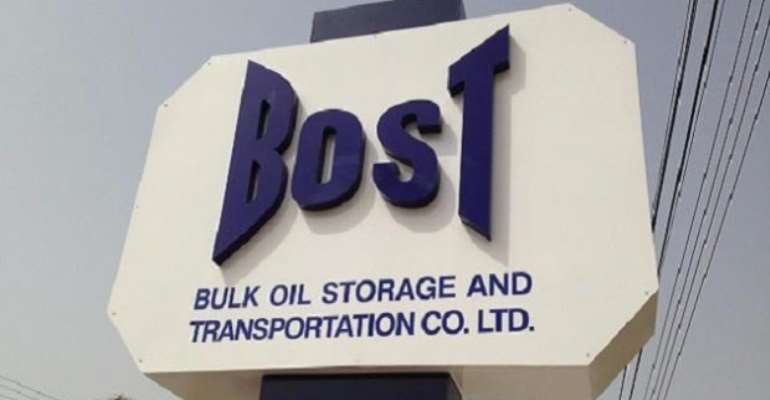 The Senyo Hosi led committee tasked to investigate the Movenpina-Zup Oil contaminated fuel saga, has described the involvement of the former management of BOST in the incident as criminal.

In 2017, Bulk Oil Storage and Transportation (BOST) Limited, came under attack over the decision to sell five million litres of contaminated fuel to Movenpina, a company said to have been incorporated barely a month after it negotiated the deal with BOST and without National Petroleum Authority (NPA) license.

Following a public uproar, BOST set up a nine-member committee led by the Chief Executive Officer Chamber for Bulk Oil Distribution Companies, Senyo Horsi, to review off-spec products at BOST as a result of the contamination at the Accra plains depot.

According to the report, Zup Oil Limited, represented by its Managing Director, Mr. David Azupio, confirmed receipt of 471,000 litres in its facilities and reported blending it with dirty lubricant oils.

He further indicated that the blended output was sold to various buyers between September 2017 and August 2018.

Zup Oil explained that it believed it was entitled to trade the products without recourse to BOST as it had paid Movenpina for the products and was not a customer of BOST.

However, the Department of Finance (BOST) reported that Movenpina has not paid BOST for the 471,000 litres sold through Zup Oil Limited.

Secondly, the committee also found out that thousands of litres in the tank locked by the NPA could not be accounted for.

According to the committee, on November 27, 2018, a total of 862,875lts of the 5million litres of contaminated fuel could not be unaccounted for. The Committee admits that there must have been some evaporation but finds the volume loss of about 17.16% unusual.

The Committee is, however, unable to conclusively determine what the causes may be but does not rule out the possibility of human interference and mismanagement.

On the over 2.8 million contaminated fuel that was sold between 2014 and 2017, the committee found out that instructions were issued by the BOST Management for the release of products from the clean tanks for the purpose of cleaning the tank.

The Committee found this very irregular and disturbing. The Committee is of the opinion that clean products may have been deliberately downgraded and sold as slop or off-spec.

The committee writes: “This we believe borders on criminality and may have willfully led to a major loss to BOST and to the state in the form of petroleum taxes forgone.”

The said slop was also sold to the very companies contracted to clean the tanks, thereby creating a possible conflict of interest situation.

The BOST Managing Director, George Mensah Okley, told Joy News’ Kwetey Nartey that the only issue outstanding is the disposing off of the contaminated products.

He indicated that BOST set up a committee to advise on the matter and they recommended that the Tema Oil Refinery should refine the product.

With respect to Movenpina, the BOST MD says they have written to Movenpina. He said their response was not favourable.

Therefore, they have directed that Movenpina pay the full cost of 471, 000 litres of fuel. Mr Okley says they will take legal action against Movenpina if they fail to pay the contaminated fuel they lifted from their depot.

Tema Interchange Project: For Once, Give Mahama His Credit B...
10 minutes ago