Nigerian workers and the march towards true democracy 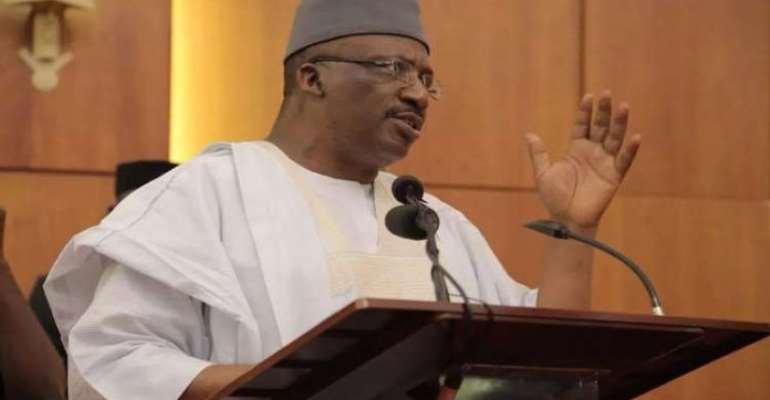 Today, as every first day of May, in Nigeria as well as in many other democratic countries around the world, the people will usually celebrate what has come to be known as Workers’ Day. The day is declared a public holiday by government. This year, the Minister of Interior, Mr. Abdulrahman Dambazau on behalf of the federal government has already congratulated Nigerian workers for their commitment and sacrifice towards building a greater Nigeria. He commended the workers for their commitment and effort at ensuring the full implementation of government policies and programmes through efficient and effective service delivery to Nigerians and foreign investors.

The Presidential candidate of the Peoples Democratic Party (PDP) in the 2019 election, Alhaji Atiku Abubakar , also congratulated Nigerian workers on this year’s Workers’ Day. In his goodwill message, Abubakar defined workers’ unions in Nigeria as critical partners in the economic development of the country. The former Vice President of Nigeria observed that the labour and sweat of the Nigerian worker constitute the engine and lubricant of the country’s economic growth and national development. Mr. Abubakar commended the various labour unions in Nigeria for being dependable watchdogs that serve the interest of the Nigerian people.

Over the years, the various labour unions in Nigeria have played pivotal intermediary roles between the government and the people, the most recent being the agitation for an increase in the monthly minimum wage from 15,000 to N30,000. The former Vice President congratulated the labour unions in Nigeria for this feat and said he believed that with the same kind of determination, it was possible to further improve the lots of the Nigerian worker. Given the efforts and creative energies of Nigerian workers, he asserted his belief that it was very possible to create economic buoyancy in Nigeria and redefine the country’s fate in the world as a centre of prosperity and not the capital of the world’s poor.

Abubakar joined several other well-meaning citizens of Nigeria to celebrate Workers’ Day with the workers, in acknowledgement of the great sacrifices they make for the country. The PDP presidential candidate called organized labour under their various professional unions to embrace the path of peace, harmony and national unity in all their engagements with employers of labour and governments at all levels.

Today, many Nigerians will stay home to enjoy the celebration with their families after an initial outing to the city square. But only few, unfortunately, will think it necessary to sit down quietly and reflect on what work means in Nigeria to Nigerians.

Preposterous, as it seems, Nigeria is one country where the citizens always want the money, but not the jobs. It is obvious that the attitude of employers of labour contributed immensely to the lackadaisical working habit of today’s workers in the country. Over the years, workers were usually owed arrears of salaries running into several months by employers of labour. It had become an open secret that every succeeding Nigerian government made it a point of duty to stand on the rooftop to advertise how much it was committed to the eradication of bribery and corruption in the nation. Yet every year seemed to even deepen the rot Nigerian citizens were into because government was always the number one culprit when it came to the question of late payment of workers’ salaries. It is a national curse that Nigerian leaders must break.

When the breadwinner of a family is unsure whether or not his family would eat the next meal because he does not know when his wages would be paid, or if indeed they will be paid at-all, what would any one expect?

In his anxiety, he tries to get some money, by hook or crook, so that at-least he can put some sort of food on the breakfast table for his family.

That state of affairs inevitably culminates, not only in corrupt practices, but more depressingly, also leads to child labour, which is also child abuse. This is why, in practically every city in Nigeria today, children as young as eight years can be seen hawking commodities like akara, moi-moi, banana, groundnuts, puff-puff and pure water. In the process, they are shamefully exposed to all kinds of hazards, from road accidents to rape and even kidnapping. In this messy state of affairs, government remains the main culprit because it is the highest employer of labour, and because its legislative arm has criminally refused to enact laws that can financially stabilize working class families and subsequently, the Nigerian society. Nigerian children deserve a better deal than this.

The more advanced democratic countries, like the UK and the US, started their war against bribery and corruption by enacting laws which made it a very serious CRIME for employers of labour not to pay their workers on time. This was one of the benefits of the industrial revolution and one that has been largely responsible for the level of stability their societies have recorded over the centuries. In these countries, some workers are paid weekly, some bi-weekly, some every four weeks and others on a particular day of the month. No one is ever owed arrears of salary because employers know that if an employee brings their case before an Employment Tribunal, they might end up paying heavy fines as penalty or the company may even be shut down for incompetence. The result is that working class families are able to plan their lives, living within their means.

The stringent rules and regulations that are meant to put the civil service in place stipulate that civil servants must be politically neutral and must not engage in activities likely to call their political impartiality to question. In other words, civil servants must refrain from doing anything that might create the impression that, as people paid from public funds, they can be used for the attainment of political or party goals. As career public officers, they are expected to perform their duties with a sense of visible political neutrality.

But is that what is happening today?

In actual practice today, the general behaviour of civil servants in Nigeria, particularly those of them in the higher echelon, is a far cry from these regulations. Indeed, it has become difficult to say categorically what the civil service in Nigeria represents today. It is even more difficult to perceive and analyze its vision and mission.

In the real sense, the civil service should be representing the broader interests of the nation in a fair, unbiased manner by being totally unaffiliated to any political or party interests. They are totally different from the politicians and political parties representing the more narrow interests of the nation through self-service that predicates on their party affiliations and the mandate of their constituents. That is why governments come and go, but the civil service remains to work with the government of the day. This fact, more than any other reason deeply contributed in making the civil service in Nigeria extraordinarily powerful. So, career civil servants came to have a sort of legitimacy over the political class – a legitimacy they have continued to wield tenaciously over the years. Furthermore, the long years of military interregnum enabled the civil service in Nigeria to consolidate its grip on government.

The side-effect was that once a new government came into power, the newly elected public office holders, like the proverbial new broom, would begin to sweep clean. They would commit their time and skills to actualizing their campaign manifestoes. They know full well that the people who voted them into office would always take them to ransom on account of their campaign promises. They won’t want to be seen as a disappointment to those who elected them into public office.

But no sooner have the politicians been sworn into office than the civil servants begin to “educate” them on how stupid they would look if they failed to seize their opportunity to make some quick money while in office. They begin to indoctrinate them into the attitude of grabbing as much money as comes their way, to prove to all and sundry that they are the ones actually “running things”, as Nigerians would say. They begin to remind them that political appointments have expiry dates – and that opportunities don’t last forever. They begin to convince them that this was their opportunity to make as much money as they possibly could. And they begin to give them daily doses of tutorials on “the way forward.”

Gradually, but steadily, politicians who initially came into government with clean hands and open minds, and a willingness to genuinely serve their people, begin to get corrupt. The government begins to soil its hands with corruption and as a result, all the loud noise about tackling bribery and corruption in the country ends up only on the pages of the national newspapers and the screens of television sets.

Sadly, this has been the trend for more than five decades since Nigeria had self rule. But Nigerians cannot be fooled forever. The truth must be told someday. That truth is that over the years in Nigeria, the civil service and the legislature had become like Siamese twins of corruption. They are joined in their hearts, feeling each other’s heart-beat as they continuously collude to milk the national coffers dry. But this cannot continue forever.

The problem Nigerians have to address is how the enormous influence civil servants have on government has influenced both the political class and the business community who have come so much to depend on them. Can the working class families of the country make the difference?

From the current look of things, it seems pretty obvious that Nigerian workers, their counterparts who occupy public offices in collaboration with their business community, will take quite a while to come out of the woods because bribery and corruption seem to be paying them. But there is still the hope that things will turn around for the better when workers are paid promptly as they are paid in the UK, the USA and other developed democratic countries. Nigeria has got the resources. What the politicians probably lack is the willpower to do the needful.

If only Nigerian legislators can do this for Nigerian people, if only they would enact this law to protect working class families, they would have done it all for them. The career of civil servants and other working class families in the country would be protected. For them, getting money by hook or crook would no longer be a compulsion, and civil servants would have no reason to coerce innocent politicians into corrupt practices.

Chief Asinugo is a London-based journalist, author of ‘The Presidential Years: From Dr. Jonathan to Gen. Buhari’ and publisher of Imo State Business Link Magazine (imostateblm.com)