Creation Of Twenty Five New Constituencies Now Or In The Future, Remains A Bad Idea 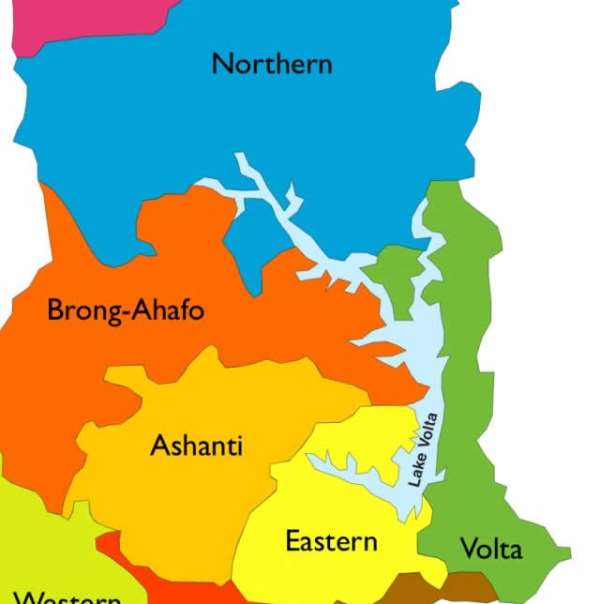 Fellow Ghanaians, indeed, when the gods wants to punish us they answer our prayers!

The change Ghanaians craved and yelled earnestly for in prayer in order to liberate themselves from a perceived economic quagmire, bad governance, wicked Kleptocracy, and general leadership diarrhea slideshowed by the Mahama-led administration, is gradually becoming a challenge in the collective psyche of the masses.

President Akufu Addo being in hurry seems to be on heat politically as well.

He keeps unveiling blunder after blunder, and goofing left right and center.

Should Ghanaians blame him for that or not?
According to Albert Einstein, a man who never makes mistake never tries anything new.

On his part, Mark Twain contends that the dictionary is the only place where success comes before work.

And George Bernard Shaw observes that the ship is safe at the shore but that is not the reason why they built it.

Mistakes are part and parcel of the activities of a man who wants to do something new and differently.

But some mistakes are avoidable.
In his desperation to appropriate to himself the title of the best leader Ghana ever has, President Akufu Addo is desperately and deliberately on a vengeful mission with gross political equalisation and retaliation mindset.

In a country where governance is acted, the alternative government (opposition), like terrified kids, is looking on in this belief.

Historically, the NPP Part I created thirty new constituencies in addition to the two hundred (200) parliamentary seats that came with the inception of the Fourth Republic in 2004.

President Akufu Addo as a political equaliser, wants to have his share in everything historic of this country.

In order to have a share in the new currency, he introduced the five cedis with Dr. James Kwegyir Aggrey's photograph on it.

Recently, there was attempt to rewrite and revise our history regarding who founded the country. Even though I do not also believe Kwame Nkrumah alone founded Ghana, he deserves the title the founding father.

Ghanaians might be regretting bitterly with the activities of the government.

But you see, our elders say if you are attacked by a beast with sharp claws and teeth, you must serve yourself to it in calm if you want your skin intact.

Let it devour you in peace and not in pieces.
The president wants to deface, defame, efface and unmake the political heritage of other equally great leaders of this country by replacing them with his legacy in the pantheon of our national history by hook or by crook.

That was why he didn't see the need for Power Ministry but a ministry like Special Development Initiatives, was created.

Perhaps, it was the same reason why he created ministry for Tertiary Education when we have ministry of education already.

Somebody should remind His Excellency, President Akufu Addo that he who wishes to embark upon a battle of revenge must dig two graves!

With the largest Executive Arm of government in the world, the president is not yet satisfied.

Does he want to win a gold medal in the size of the legislature in the comity of democratic nations in the world as well?

Yes, it is the Electoral Commission that is rumored to be making this subterranean attempt to balloon the nation's House of Parliament, but the president is the embodiment of the government and whose decisions, and philosophies everyone works with.

Who born Madam Jean Mensah by mistake to want to enlarge the people's representation without the concern of the first gentleman of the land if this rumor is not a language of wine?

It is the President who hires and fires.
For me, it is good to dare as a leader. The hallmark of every successful leadership is the ability of the leader to leave an outstanding mark at the end of their tenure.

A leader who doesn't have anything to show after two decades of his reign was simply taking a long walk and never leading.

But if saliva is used to construct a "National Cathedral", it is collapsed by early morning dew if I may paraphrase the Honorable Minority Leader, Haruna Iddrisu.

Anybody can use four years to create legacy.
However, if such legacies are out of desperation with flagrant debauchery, they collapse like bubbles at a pinprick.

Personally, anytime I join fellow Ghanaians to critique and condemn the increase of ministries by the government, I feel guilty wondering how the government is going to fulfill its promise of solving the country's unemployment situation it made to Ghanaians.

But the fundamental question is, even if government's quest to containing unemployment is so urgent, must we create senseless and unproductive portfolios as ministries, or increasing the number of legislators?

The painful thing is that the more these portfolios are created, the more the country gets very worst!

A cursory look at our national debt stock for instance after almost three years of governance under President Akufu Addo, is an eloquent testimony to the above argument.

What productivity have those added ministries so far brought to Ghanaians apart from generating salaries to their administrators?

How much have been denied our very debilitating healthcare facilities and paid to the heads of these unproductive portfolios?

And how many phantom and fictitious achievements have been manufactured and trumpeted by the government purported to have been the contributions of these portfolios?

To be as honest as Jesus the Christ, I must say that some constituencies, especially, in the Ashanti and Volta Regions, are more populous than constituencies in the Northern Regions.

But I believe proper and prudent configuration by redrawing the boundaries of old constituencies to incorporating new ones is a better way.

Some of these giant constituencies that have over ninety thousand plus constituents include:

In contrast, there are other constituencies that ordinarily should have been merged in any serious country where the very limited resources of the country are taken into consideration.

These constituencies that ought not to exist if prudent configuration was embarked upon by the EC include, in my view, Domeabra constituency in the greater Accra region;

Assin North in the Central Region among others.
It therefore beats my intelligence that even as we already have half baked constituencies, EC is planning to shred more constituencies out of these.

The size of a constituency may not have any impact on the input of its representative, but it is a fact that majority of parliamentarians are complete liabilities to the coffers of this country.

It is only a small percentage of them who contribute meaningfully to relevant national discourses in the House.

The only thing the rest do is to collect salaries at the end of the month.

What shall it profit Ghanaians having more of these "salary takers" MPs who are fueled, fed, healthcared by the state at the expense of the taxpayer, without any productivity to the country?

I pray this rumor of increasing the number of seats in the House of Parliament is an April fool's day joke.

Otherwise, it is time to go on our knees together as a people for the God of Ghana to save us from a mindless national foe!

Lord have mercy.
Long Live Ghana.
God Bless us all.
The writer, Iddrisu Abdul Hakeem, is a student at KNUST, Department of Religious Studies.

'Give peace a chance', ICoast ex-president tells police
32 minutes ago