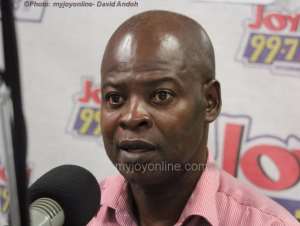 Instead, government should broaden the tax net to incorporate more individuals, businesses and especially the informal sector in reaping more for development, Dr Steve Manteaw has said.

Dr Manteaw, a member of the ‘Tax Justice Coalition Ghana’ said this during a two-day workshop at Dodowa for Coalition members

The event was on the need for members to build their advocacy skills in the area of taxation to enable them better advocate an equal, fair and transparent tax regime.

He stated that the government must, therefore, put in place strategies and policies that would enable many more people to pay their taxes in order to mitigate the burden of just a fragment of society who continue to pay but don’t actually benefit.

Dr Manteaw also discussed progressive, regressive and proportional tax paying models to ensure maximum tax returns that brought happiness and relief to both the rich and the poor.

The Tax Justice Coalition is a nonpartisan, independent and voluntary association of individuals and civil society organisations which advocates against tax injustice systems in Ghana and abroad.

The Coalition exists to also promote transparency, integrity and accountability at both local and national levels to complement regional and continental efforts in delivering tax justice.

Dr Manteaw said it was imperative that those who benefited from taxes paid more, especially those in the informal sector adding, “The government can use the free senior high school as a test case to ascertain the real taxpayers or an avenue to roll in more taxpayers.

“Such social protection strategies, policies and interventions are critical to getting people to pay taxes to mitigate the suffering of those burdened with them,” he added.

Mr Vitus Azeem, Chairman of the Coalition, said mobilising for domestic revenue for national development must be carried out in a way that would avoid overburdening the poor and thereby create significant unfairness in the system.

“We need not to unduly penalise those already paying with more taxes,” he added.

Mr Azeem said the government and allied institutions must therefore effectively carry out their fiduciary role in the management of tax revenues in a just, coherent and honest manner.

The Coalition members were taken through courses such as; the Basic Principle and definition of Taxation, Tax Equity, Tax Policy and Governance and Challenges to the Tax system.

The rest are advocacy and objectives and developing campaign messages.

COVID-19: 94 Persons Who Came Into Contact With UG Coronavir...
7 hours ago