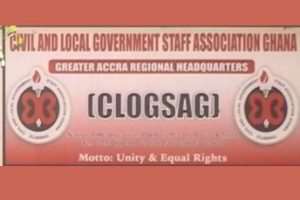 The Civil and Local Government Staff Association, Ghana (CLOGSAG) is asking the Auditor General to recuse himself from the ongoing exercise to clear the public payroll of ghost names.

According to the association, constitutional provisions disqualify the Auditor General from directly undertaking this exercise.

It has always been the case that private consultancies undertake this exercise after which the Auditor General audits their work.

Should the Auditor General proceed with the exercise, CLOGSAG has expressed worry over which body will audit his work.

Executive Secretary for the Association, Isaac Bampoe-Addo told Citi News that there are some questions that need to be answered when it comes to the autonomy of the Auditor General in valuing monies of the public sector.

“We wish to bring forth the importance of the Auditor General as the last resort in establishing value for money for public sector activities, program and project. It is significant to remind ourselves of some provision in the 1992 constitution of the Republic of Ghana as reflected under Article 187 in the performance of his function under this constitution or any other law.”

Last year, speaking at the launch of the National Payroll Verification Audit in Kumasi, Auditor General, Mr Daniel Yao Domelevo entreated heads of district assemblies and other government institutions in the region to ensure that all their staff got verified, adding that they also had to ensure that they were the right personnel working with them.

According to him, every year, the government deleted 'ghost names’ from the payroll yet they kept recurring.

According to him, 45 per cent of the country's revenue is spent on paying just about 600,000 workers on the government's payroll and described the situation as worrying.