President Not Receive RTI Law One Month After Passage 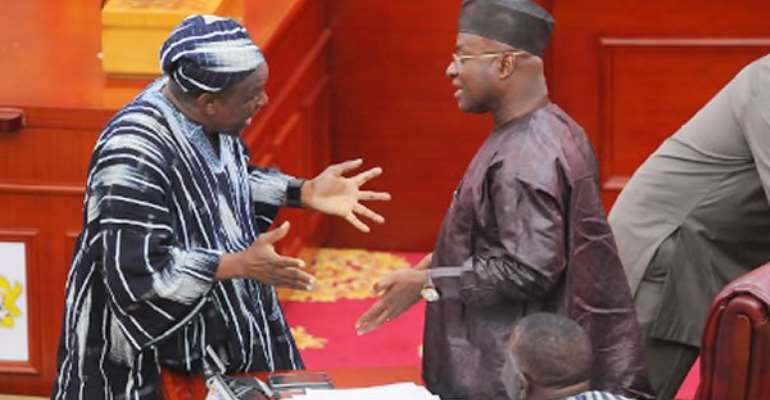 President Akufo-Addo is yet to assent to the Right to Information Law one month after its passage late into the night. Parliament has not forwarded the law to the President, Majority Leader and Minister for Parliamentary Affairs, Osei Kyei Mensah-Bonsu, told JoyNews Tuesday.

He has explained, officers of Parliament are taking the law through a “fine comb,” a practice he noted is routine for all bill passed by Parliament.

“A misplacement of even a punctuation mark could alter the character of a whole provision.”

The law is meant to operationalise Article 21 (1) (f) of the Constitution which states that “All persons shall have the right to information subject to such qualifications and laws as are necessary in a democratic society.”

The passage of the 19-year old RTI bill required sustained pressure from the media and civil society groups, prominently, the RTI coalition.

Dogged down by delays and postponements, it was finally passed March 26, 2019, with a caveat that delays its implementation to 2020.

It was explained, despite its passage, there is no budgetary allocation to fund its implementation, an argument the RTI Coalition has found bizarre.

A member of the coalition, Samson Lardy Anyenini, has said several bills have been passed and implemented without budgetary allocations.

But the latest delay in obtaining presidential assent is not uncharacteristic of Parliament, the Suame MP and Majority Leader indicated.

He said, three other bills are going through the clean-up. Nonetheless, he called the failure to forward the law to the president a “self-indictment” on Parliament.

Osei-Kyei Mensah-Bonsu said Parliament does not delay in forwarding to the president, laws such as the Appropriation Bill which allocate and approves the government’s budget.

By law, the Appropriation Bill must be passed and assented to, before the expiration of the financial year, he said.

Usually, it does not take more than seven days for the president to assent to the Appropriation Bill after it is passed.

“Those ones we rush to clean up so we should apply the same diligence to all the bills,” the Suame MP said.

The Majority Leader noted the silence of the 1992 constitution on the acceptable time period within which the law should be sent to the President, is also part of the problem.

“To me, it is a tragedy. Perhaps we should have been much more pointed to have said that maybe within 14 days…certainly not after one month,” he suggested changes in the 1992 constitution.

“It is important that we hurry our steps,” he said and took some of the responsibility for the failure to forward the law to the president, a month after passage.

He said he has been engaged in parliamentary assignments outside the country.

The Majority Leader said the law could land on the president’s desk by the end of the week.