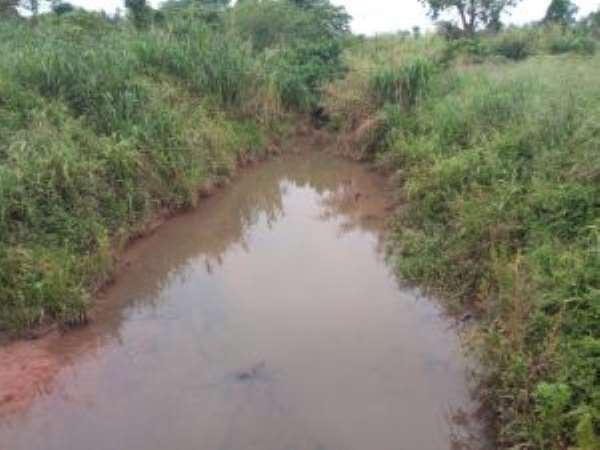 “We have called on the Sunyani Municipal Assembly on several occasions to relocate the refuse dump from where it is located now because it keeps polluting the water we drink but nothing is being done about it. This is not the only community that depends on this water. There are many communities dotted along the river who depend on this river,” Nii Lankwei Odartey II stated.

Nii Lankwei Odartey II expressed his worry about the situation and called for the relocation of the refuse dump site at Adomako a suburb of Sunyani.

Nii Odartey II noted that several appeals made to the Sunyani Municipal Assembly for the relocation of the refuse dump are not yielding any positive results.

He urged the Municipal Assembly as a matter of urgency relocate the refuse dump.

The Assemblyman for the Nkrankrom Electoral Area, Hayford Kumah, told Citi News that he has raised concerns about the issue at several Assembly meetings but the promises made are yet to see the light of the day.

An effort to talk to the Sunyani Municipal Assembly on the issue was unsuccessful.

The Assembly also has no Municipal Chief Executive as the former MCE, Mrs Evelyn Kumi Richardson has been appointed as the Bono Regional Minister.