Liberia-When democracy veers to hypocrisy: A patriotic call for political purification of the perils of the politico class 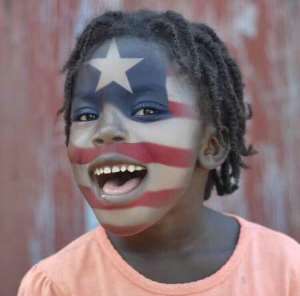 It is unarguable that everyone at a particular time was duped politically, but history has proven that in the final analysis, the politically duped gets enlightened and throws him/herself into struggle against individuals and institutions that inhibit the social advancement of humanity.

In percentage as in our society; we were taught by our Mwalimu [teacher], Mahdi Wallace F. Muhammad, “every society is divided into 3 groups of people", he explained "the 10 percent, the 85% percent and the 5% percent." It is the first and the latter that duped the middle and it is the first in the latter that suffers the wrath of the middle in its quest fir emancipation.

The 10 % (the political class 'both the reign and oppositions camp') is a handful of people that have had the advantage to acquire some level of education. The political order in Liberia is in such a way that this political class takes advantage of the people’s ignorance to acquire and maintain its dominance. Elements in this class hide under the veneer of being "patriots" and "compatriots" to win the support of the people.

They're using their people instead of mobilizing and educating them for the social transformation of the society. For it is the social transformation of the society that will take the people from the status of sub-human to the height of dignity and decency. But the irony here is those the people look up to for direction see them as tools with voice that must be used to satisfy the insatiable greed of this selfish and elitist clique. This has been the fate of the people and their country for almost two centuries.

Consequently, what we have is an economy that distributes poverty, disease and ignorance among the mass of people and a political order that gives a cliquish minority the opportunity to delude the people and gather wealth from the public treasury.

Currently, the Rate of Inflation is 28 percent and this is giving a blow to the income of workers, peasants and the urban poor. The budgetary deficit for fiscal year 2018/2019 is put at US$225 million; thus government projects in education, healthcare, infrastructure, etc. are expected to see a nosedive, a situation already being experienced by the people. Economic Growth Forecast for 2019 is now at

0.4 percent from 4.7percent. The coming of the George Weah led government has not been accompanied by the flow of Foreign Direct Investments. Unemployment is high as 83 percent especially among the young people. The Liberian dollars is rapidly devaluing against the United States dollars as the Exchange Rate is now 177LD to 1US.

There has been a drop in Personal Inward Remittances. In 2018, inward remittances was just US$101.9 million from more than 200million in 2017. The Public External Debt Stock - US$987.8 million. Obviously, the country is drifting back into being a heavily indebted poor country. The country is food insecure and Liberians living below poverty line are put at 83 percent of the population.

It is through the looting of the public treasury in every sector of the public bureaucracy that the political class acquire its wealth and deprived the people the just benefits from the taxes and resources of the country. Adherence to the rule of law is a taboo as the political class never hesitates to tear apart laws and statues in order to feather its nest. We recently witnessed the unjust impeachment of former Associate Justice Kabineh M. Ja' neh. The opportunists and minions of the regime claimed that the Legislature followed the laws in keeping with the constitution.

This is far from the truth as the Venerated patriot suffered such humiliation because he is disliked by President Weah as his opinion in the Supreme Court ruling in the Liberty Party vs. National Election Commission in 2017 went against the political interest of those in power.

One of the greatest nightmares of the Weah-led government is the establishment of the war crimes court in Liberia.

Those who were victimized by the 14year carnage in Liberia will not be served justice as the regime has sealed a deal with warlords who parade the corridors of power. This is the nature of politics in third world Liberia. There're only changes of the faces that egoistically serve in the three branches but throughout history, the masses of our people have been subjected to poverty and servitude while public officials wallow in opulence. The people, I mean the 85percent suffer these backlashes.

They are deprived of self- sufficiency and social decency. They're stagnated in economics captivity, disease and illiteracy. They're the prestigious raw materials of "moonlight in the mist sunlight".

Albert Einstein, the theoretical physicist teaches us; "The world is not evil by those that do evil but those that sit without doing anything". The 5% (the wisdom minded and self-sufficient and Mahdi’s "guided ones") find themselves within this realm or camp.

They're more dangerous than the others. Note: they're great but their failure to reach out in the context of mobilization and education of the people makes them dangerous. They're aware of the evil that is meted out against the mass of people; yet, they've failed to mobilize and educate them for genuine change and transformation.

They think that the deluded people who out of ignorance and the quest to survive from handouts canonize those who oppress them and vilify men and women who put their lives on the line for noble causes. So it is ok to sit idle as the country is devoured by a particular cliquish. The fear of being victimized and bully keeps them in cowardice. This is a contributing factor that has kept the country entrapped by the bankrupt political class.

Now we must deal with certain elements in the society. They are also contributors to the malady. They are the consummate opportunist and sycophants who jockey for crumbs from the table of parasites who feeds on the taxes and resources of the people. These are charlatans who increase their credentials by lavishing the president and other key officials of government with praises and making them believe that they are infallible saints sent from heaven.

They make these leaders feel that they are incorruptible. They do no wrong. And that the people will muster not the courage to rise up and that things must not change but continue to unfold the same old ways. Enlightened and honest patriots must seize the occasion to dispense with these forces and their masters.

These blind loyalists must be dealt a decisive blow so that our people can advance. These political opportunists and fortune hunters must be a relic of the past through the consolidation of forces who will mobilize the people to change the diktats of politics and economics in Liberia. This is the task history has bequeathed to those who seek social transformation.

What is so disappointing is that the current corpse of opposition figures are presenting no genuine alternatives that reflect the hopes and aspirations of the people. Their only issue is the character of those who occupy public offices. They have not told our people that the way we conduct politics and the way we organize our economy are flawed from beginning to end.

And that if the features of the system remain the way they are, the country and people will remain stagnated and that no matter who occupies the presidency, things will remain the same. They escape these fundamentals and feed the people with sterile rhetoric.

These are indication that those who oppose Weah and his people or those who opposed other governments in the past are not doing so or did not do so to usher in social transformation. They do or did so to have the opportunity to benefit from the spoilt system. This is an albatross that the people led by a popular and conscious vanguard must exorcise to advance every facet of the Liberian society.

This vanguard must not limit itself to Facebook live as the vast majority of the people who are peasants and living in the rural communities have no access to smart phones. The vanguard must not draw conclusion based on Facebook opinion census. This is not to discredit the importance of social media in 21st Century mass action but the concrete reality in Liberia calls for more efforts beyond social media usage as a medium for the mobilization and education of the people. The vanguard must do more concrete works with the peasant masses and urban poor.

It must distribute more revolutionary literature among the littered middle class to also win their support. The vanguard must engage the mass of people to make them aware that they are not alone but rather there are men and women who empathize with them and seek to transform the country by not only introducing popular democracy that places the destiny of the people in their own hands but also creating a national economy that is placed at the service of the people.

The struggle for social transformation requires the involvement of revolutionary patriots and compatriots. Only they can ensure that the people’s final march into history is concluded with the outcome of a higher level of development. We must abhor the political staple food self-seeking political ventures.

Democracy cannot be put at the service of the people when those who lead think they are demagogues and the people are objects that must be remote controlled to meet selfish aims. The people and only the people are the makers of history.

Those who see to lead them must be aware that without the people, a nation

cannot exist. So their quest for change must encapsulate the collective hopes and aspiration of the people.

They must dispense with that political culture of seeing politics as the shortest route to accumulate primitively.

From my honest reading of history, the struggle of the Movement for Justice in Africa (MOJA) was the only genuine and authentic Pan-African effort to mobilize and educate the people to change the Liberian society by all and for all.

Although this effort was aborted by external and internal forces who found happiness in keeping the country politically and economically inert, a more than one century oligarchy was dislodged by the revolutionary agitation of MOJA and other progressives force like the Progressive Alliance of Liberia.

There are those who condemn the struggle of the progressives but we know the camp from which they come. These are remnants of the True Wig Party who have since April 12, 1980 distorted history to place a dirt on the revolutionary role of men and women who threw themselves into struggle to change the fate of an impoverished people.

This is why the current generation of progressive political activist must never waver to appreciate the role of those who struggled against social injustices in the 70s, 80s and 90s and use as a guide to actions the sacrifices of these struggle icons. Onward to victory as we march on to purify the perils of the rotten and corrupt politico class in Liberia.

About the author:
Sallia S. Komala, A freshman student studying civil engineering at The Jiangxi University of Science and Technology, An Activist, Emerging Pan-Africanist leader, Engaging peacemaker, and a columnist.