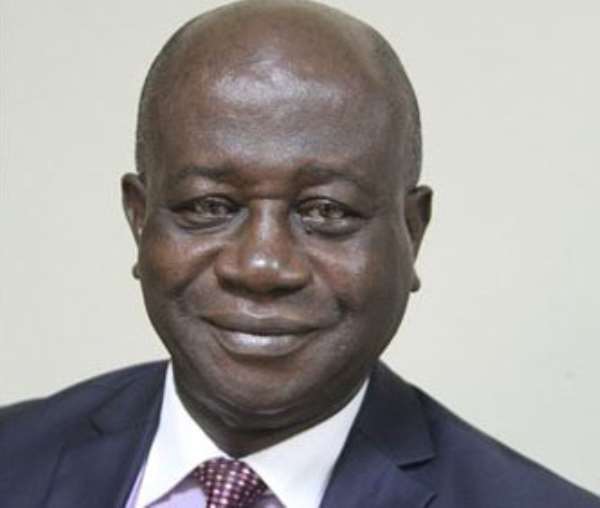 The Controller and Accountant-General, Eugene Asante Ofosuhene has reportedly bowed out of active service. His retirement took effect from April 30, 2019, bringing to an end a two-year contract awarded him by the President Nana Akufo-Addo's administration in May 2017.

President Akufo-Addo has subsequently nominated KwasiKwaning-Bosompem for appointment as Acting Controller and Accountant-General with effect from April 30, 2019.

A letter signed by the Secretary to the President, Nana Bediatuo Asante, urged the Finance Minister, Ken Ofori-Atta, to “take the necessary steps to regularize the said appointment.”

The outgone Controller was a lecturer at the Ghana Institute of Management and Public Administration (GIMPA) until he appointment in 2017.

Mr Ofosuhene, a Public Finance Specialist, was also a Consultant for a number of institutions including the World Bank.

The debate over whether or not Mr Ofosuhene should vacate his post due to his age rekindled earlier this year when it was reported that President Akufo-Addo had asked eight Chief Executive Officers of some state institutions who had reached their mandatory retirement age to go on retirement.

A group calling itself Public Accountability Ghana(PAG) had claimed that Mr Ofosuhene had 'crossed' the mandatory age of 60 needed to head the government institution and therefore urged the appointing authorities to relieve him of his post without delay.

They had added that “the Controller and Accountant General is the chief accounting officer and the chief advisor to the government and on accounting matters, and therefore if his age is in dispute, it should be resolved.”

The Controller did not comment on the issue and a source close to him had said since the appointing authorities have not raised any issues with his age, nobody can force him out of office.