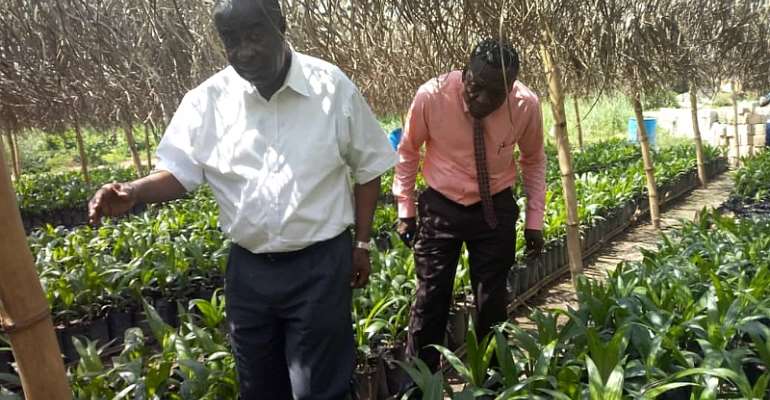 The Birim Central Municipal Assembly will soon supply 50,000 seedlings to 628 farmers to expand their oil palm farms and encourage new farmers to participate in the production of palm fruits and palm oil to boost the government’s flagship programme ‘Planting for Export and Rural Development’ (PERD).

The Assembly is also determined to expand the production of oil palm and ultimately make the Municipality a major producer of oil palm in the country.

This was announced by the Municipal Chief Executive (MCE), Mr. Kwabena Bempong yesterday when he visited, the Essam nursery site where some 10,000 seedlings are being raised for distribution to farmers free of charge.

Among other communities that have been earmarked to raise the additional seedlings included; Gyadem, Oda Nkwanta, Aboabo, Old Town and Community 6.

Mr. Bempong said the project would also build a raw material base for the establishment of an oil palm factory in the Municipality as its share of the One-District, One-Factory initiative of the government.

He indicated that the beneficiary farmers of the seedlings would also receive extension services and subsidized fertilizer distribution to enable them to expand their farms into huge commercial farms.

He, however, used the opportunity to encourage all particularly the youth to take advantage of the initiative to enter into cash crop farming for local processing to add value to export and put money in their pockets as well.

Throwing more light on the initiative, Mr. Isaac Mann, the Municipal Agric Director said the Assembly is determined to help farmers embark on massive cultivation of oil palm because they had a comparative advantage.

He disclosed that very soon his office would embark on sensitization programme to increase higher participation of farmers in the project.

As a measure towards full implementation of PERD, the Ministry of Food and Agriculture is targeting to raise 4,139 million seedlings of six selected crops in 191 districts on a total land size of 32,591 hectares in five years.

The breakdown is as follows; 2.5 million cashew seedlings in 98 districts over 25,000 hectares of land. 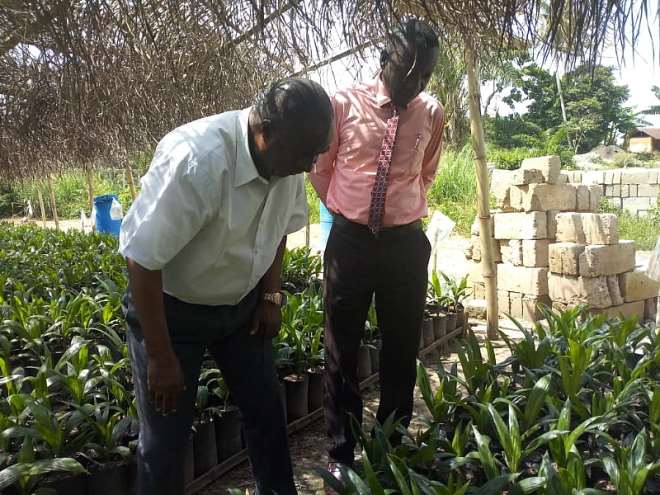 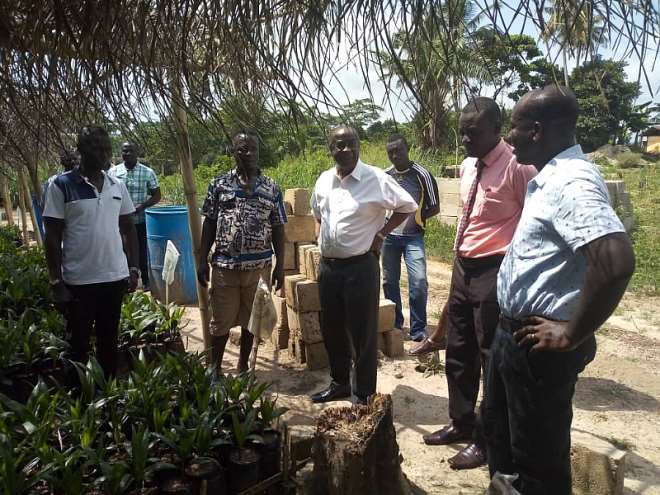