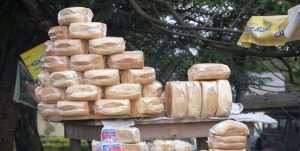 According to the Bakers Association of the Northern Region, they are unable to keep up with the rising cost of flour in the country.

The bakers say their strike is to draw attention to the high cost of flour.

Citi News had earlier sighted a notice which reads that “All bakeries and mixing centres are to note that coming Monday 29 and Tuesday 30th of April will be striking days and for that matter, no bakery or mixing centre should operate. Failure to comply with this directive will come with severe consequences.”

An executive member of the Association, Esther Siriboe told Citi News that in a space of three weeks, the price of flour had increased by about 25%.

She said the cost of sugar and other raw materials have also increased, thus increasing the cost of production.

Per this directive, bread producers are not allowed to produce bread and this will lead to a possible bread scarcity in the region

A visit to a mixing centre saw the place locked. Some bakers who spoke off record confirmed the strike.

Osman Musah, a consumer told Citi News he had to buy more bread than usual because of the strike to make sure there is enough supply for his household until the strike is called off.

“For me I’m used to taking tea in the morning, so if there is no bread, it will affect me. If they increase the price, we certainly will have no option than to buy.”

Other consumers said the price of bread at the usual vending point had increased from GHc 3 to GHc 5.

For Mohammed Abubakari, a resident of Kpalisi, Tamale the strike “will affect us, because if they don't produce how will those who are going to buy to use it for their own consumption those going to eat and other things, it wil affect them. For now I bought plenty. I bought more than what I used to buy for a day so that it will serve for two or three days”

Bread bakers and sellers in the Ashanti Region last month announced a 10% increase in the price of bread and other flour-based products.

Members of the Flour Users Association in the region said the increase was because the price of flour has gone up astronomically.

They have said a bag of flour which was sold to them by flour millers at the cost of GHc 120 has now increased to GHc 160.