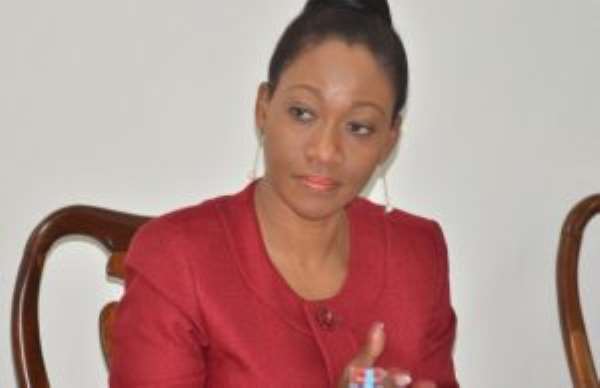 The Chairperson of the Electoral Commission (EC), Jean Mensah has denied reports of an altercation between herself and the General Secretary of the opposition National Democratic Congress (NDC), Johnson Asiedu Nketia.

A section of the media reported on some exchanges between the NDC and the Commission during an Inter-Party Advisory Committee (IPAC) held last week.

This was over the conduct of the upcoming limited registration exercise the EC intends to organise at the district level, a decision the NDC had kicked against.

General Secretary of the NDC, Johnson Asiedu Nketia, had accused the Commission of treating members of IPAC, especially the NDC with contempt.

However, the EC Chair, while addressing reporters in Parliament on Monday dismissed such claims, saying “I am not aware of any such incident.”

“I am sure there are others who attended that meeting and they will be best placed to answer those questions but there was no such incident,” she added.

Mr Asiedu in assigning reasons to these developments had said the EC Chair was being hostile to the party due to some prejudice she was harbouring against the party.

“Somehow, I believe that because we expressed our opinion about her suitability or otherwise for the position when her appointment was made known, she appears to be carrying that prejudice and she thinks that is a sufficient reason for denying us our rights. So we think that, the problem is about her attitude and not about the NDC,” he said.

“Every issue that we the NDC had raised has been legitimately based on our rights as provided by law and in most in cases, they had come to apologize. If you ask us what we are doing against the EC, it will be like victim blaming because we are the victim”, Asiedu Nketia noted earlier.

We were not influenced by any party to reject your rice, we ...
53 minutes ago