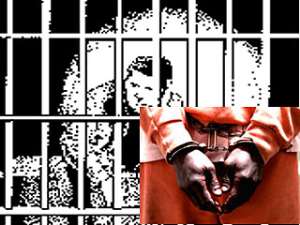 The Minister for Education and Sports, Hon. Yaw Osafo Maafo has debunked earlier reports that the Shangai Construction Company are bringing in Chinese ex-convicts to serve as labour in the construction of the two new stadia in Tamale and Sekondi ahead of the Nations Cup in 2008.

There were earlier reports that Chinese ex-convicts are being employed into the country to construct the stadia in a bid to expedite action.

In an interview with a local radio station, Hon. Osafo Maafo, despite stressing the fact that Chinese labour are being employed into the country, denied any moves by the Shangai Company to bring in ex-convicts, insisting that the Chinese are bringing in labour from China because of the pressure on the company to complete works within two years.

The National Sports Council, according to the Education and Sports Minister, will be in charge of the additional stadia that are being constructed. An amount of 19.5 million cedis, which represents twenty five per cent of 77 million dollars, has been paid to Shangai Construction, the company responsible for the Tamale and Sekondi stadia, for them to commence work as stipulated in the contract.

A 940 footer container containing items for the construction have arrived at the Tema Harbour and these items will be declared free of taxation. The country has about twenty one months within which to complete works on the stadia and make it ready for the Nations Cup in 2008.

Ghana won the rights to host the African soccer fiesta last two years at the expense of Libya. The theme for the country's presentation was 'Sharing Passions'.