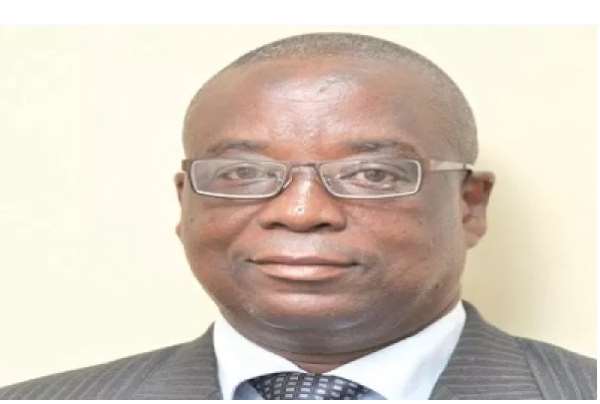 Group Chief Executive Officer (CEO) and Managing Director (MD) of the Ghana Oil company (GOIL), Mr Patrick Akpe Kwame Akorli will forcibly proceed on a sabbatical leave ahead of his retirement with no possible chance of coming back unless the powers that be decide otherwise, according to sources within the company who asked not to be identified because the information isn’t public.

According to sources, the MD is being forced against the President’s will to go on a six-month leave to pave way for a new person who appears to be pushing Mr Akorli in order to take over. It is clear, that, this could be one of those euphemistic ways to sack public officers.

President Akufo Addo, the sources alleged is convinced the current MD, must stay on but is also being pressured to kick him out.

The new person who is said to be sixty-three (63) years or more is alleged to have successfully lobbied the Jubilee House to underwrite his take over as MD of GOIL despite the President’s objective approval of Mr Akorli’s good works and would want him to continue.

The individual seeking to inherit Mr Akorli’s position is reported to have made up his mind not to accept any other appointment except GOIL hence the resolve to go any length just to push him aside in other to achieve his parochial interest.

The current MD Mr Akorli, Fifty-nine (59) years old who is widely credited for transforming GOIL to its current status as a viable national asset paying dividend to government is therefore expected to proceed on leave by the end of May, 2019 to make way for the desperate 63-year-old to take over.

This is certainly not the right move for the company at this time and the many who toiled with the MD to bring GOIL out of the doldrums, sources canvass for Mr Akorli.

If the source is right, the official announcement of Mr Akorli's forced departure is likely to be made during the upcoming Annual General Meeting (AGM) of GOIL in May or later in June this year.

Some industry players contacted about the possible exit of the MD of GOIL expressed worry that his sudden departure will affect the sector due to his vast experience and knowledge that has contributed in providing significant stability in the Oil Marketing and Distribution sector.

The players wonder who will come in versatile and perfect replacement to match the level of expertise exhibited by Mr Akorli in this difficult moment.

The current Board Chairman of GOIL, Kwamena Bartels has variously praised Mr Akorli for transforming the national Oil and Gas Company.

The Board of Directors of GOIL appointed Patrick Akpe Kwame Akorli as Managing Director of the company, with effect from June 1, 2012, our reporter was at that AGM.

The current administration maintained him due to the impressive transformation of the National Oil and Gas company but it seems from the current happenings that, Mr Akorli has overstayed his welcome and must go for a more known party person whether capable or not.

Until his appointment as the group CEO and MD of GOIL, Mr Akorli was the substantive Finance Manager of the company.

He joined the company in 1994 and has served in various positions including Acting Chief Accountant, Treasurer, Chief Internal Auditor, and on occasion, acted as the Fuel's Marketing Manager.

As a Chartered Accountant by profession, Mr Akorli also holds an Executive Masters degree in Business Administration from the Ghana Institute of Management and Public Administration (GIMPA).

Aside his extensive experience acquired from key roles in GOIL, Mr Akorli is described by his colleagues as energetic, compassionate, genuinely well-rounded, a creative thinker and problem solver who always applies analytical skills to business.

Mr Akorli, who is married with four children, is also a traditional ruler. He is the Dutorfia of Ziavi with the stool name Togbe Adza-Nye IV, in the Ho Municipality.

Watch this space for more on this matter...