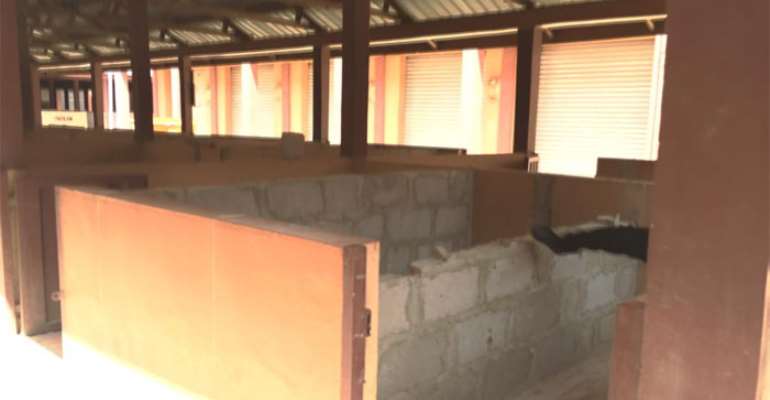 Tafo market traders have reacted angrily to the repartitioning of their stalls by the Old Tafo Municipal Assembly (OTMA). The stalls are being repartitioned to cater for other traders who could not be served.

DGN Online gathered that the affected traders are planning to form an action group to fight the move they have claimed would unfairly hit their businesses.

Majority of the traders who spoke with this portal said they stand to lose their pitches if the redesigning of the stalls goes ahead, pointing out that their views were not sought prior to the demolition.

Assembly Member of the area, Albert Twum, aka Pusher, indicated that although the Old Tafo Municipal Assembly intends to increase the market stalls to cover all the 600 registered traders, consultations should have taken place first.

According to him, he was not informed about the redesign of the market stalls and only got to know of it after the contractor, Acheamfour Group Limited, came to the market to pull down parts of the structures.

The Municipal Chief Executive (MCE), Fred Obeng, was not available to comment on the issue when DGN Online reached out to him.