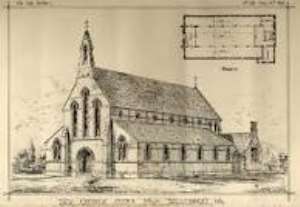 One of the fault lines of history is that it is usually written at the behest of the writer. The writer of history determines who is constructed as a hero or heroine and who is not. Consequently, all history is, in the long run, a metanarrative that documents the life and times of a category of people. In some cases, those who have the power of the pen tend to immortalize themselves through their own writings. On the other hand, those who lack literate capacity have to devise ways of leaving traces of their lives in the minds of generations yet unborn. This explains the significance attached to folklore – myths, legends, riddles, festivals, rituals, and music and dance – in preliterate societies. Thus, while literate cultures embellish their history in written documents, non-literate cultures ensure their perpetuity in folklore.

The Bible is a divine book, inspired by God, but it also has a human bent. While the writers were inspired by God to document whatever they wrote, the Bible is not a history qua history textbook. It is a book about one particular person, Jesus Christ. It unveils the grand narrative of how God was/is going to save the world from its beleaguered challenges. In effect, the controlled narrative of the Bible throws the spotlight of history on only Jesus Christ. Other narratives are meant to support the metanarrative about Him. This explains the absence of details in some aspects of some biblical figures or Jesus Christ. I must, however, say that the Bible's narrative is enough and adequate for our salvation (Deuteronomy 29:29).

With this backdrop, we find missing links in the historical flow of the early life of Jesus Christ. These missing links do not compromise on the integrity of the Bible. They only reify the fact that the Bible is a metanarrative. Reading through the book of Acts, one is struck by the unnamed individuals who changed the direction of history. As identified by Jim Denison we know only a few of the 120 who were filled with the Spirit at Pentecost and ignited the Christian movement (Acts 1:15; 2:4). We don't know the name of the "man lame from birth" whose healing led the people led "all the people" to hear the gospel (Acts 3:2, 11).

The “town clerk” who protected Christians from an Ephesian mob is unnamed (Acts 19:35-41). Paul’s unnamed nephew saved the apostle from a plot to assassinate him (Acts 23:16-22).

Indeed, while these unnamed individuals performed significant roles that contributed to the missionary enterprise of the Church, they are less talked about in the churches today. Indeed, Alfred North Whitehead was right, “great people plant trees they’ll never sit under.”

The tradition of unnamed heroes and heroines in the Bible has taken a different twist in the modern perceived Church of God. In most churches today, one is a nonentity if one’s father is not a deacon, an elder, a pastor or an apostle. More so, a laity is not expected to have visibility in the church. The perceived Church of God has become a hub for class discrimination and segregation. Many of us once taught that the church provides succor away from a world where our identity is constructed around what we do and not who we are. Sadly, the churches have become arenas for redefining people. People are constructed on the basis of, not their ascribed status in Jesus Christ – which is valid for salvation, but on the basis of their achieved status – which amounts to nothing in matters of salvation. Impliedly, the poor are despised, literally insulted, unaccounted for in matters of church administration, and shunned. Indeed, the classism in the church is stunning!

Consequently, who assumes a leadership position in the church is dependent on how many cars or the type of cars one drives; the house one lives in, and the kind of work one does. In most cases, the first two override the work one does. In some cases, it is the poor who gets excommunicated for refusing to abort a baby, who is condemned in his prenatal status as a bastard! The daughter of the pastor who covers her pregnancy and gives birth five months into marriage is hailed as an example of God's miracle.

The extensiveness of prayer and the loudness of the amens during offerings are based on how much one is able to give. The poor who gives all she has is hardly given even a handshake.

The pastors do all manner of evil either under the cover of darkness or broad daylight. THEIR LONG GOWN COVERS THEIR MORAL NAKEDNESS. They inoculate themselves from any critical assessment by their skewed hermeneutics that seeks to support the assertion, ‘Touch not my anointed.” They forget that Paul rebuked Peter. They also forget the Christian dictum that it is better to obey God rather than men and women. They forget that Paul said he should be obeyed as long as he obeyed the Lord! The few members who brave it to behave like the Bereans in constructively critiquing the pastors are considered insubordinate and renegades. They are never given a church platform to preach since they are considered a threat to the morally naked pastor.

The pastors have devised so many antics to cover their moral nakedness. They use speaking in tongues – the so-named language of God – to determine who is more spiritual and who is not. In view of this, every prayer in the church has turned into gibberish! Interestingly, sometimes one asks for forgiveness while speaking in tongues. This speaking in tongues practice has become deeply routinized that it has become the craze of contemporary Christianity. Even the historic churches have not been spared. The speaking in tongues has lost its spontaneity. The invitation of God for us to come and reason with Him (Isaiah 1:18) has been relegated to the background. Church members go to their church by doing either of two things: leaving their thinking abilities at home or outsourcing their thinking prowess to the pastor. Are we surprised when bizarre things happen in the church?

Apparently, speaking in tongues is not only the language of heaven, but it is the only language that confuses the devil. I guess Jesus spoke in tongues! In addition to speaking in tongues are din and chorused and rehearsed prayer. In the church, you find people shouting and screaming with their ears blocked. Of course, if one enjoys the screaming, why would one block one’s ears?

In all of this, there are the unsung heroes and heroines who the Lord is preparing for His second advent.