MPs Begin Sitting Today After Being 'Dragged' From Recess 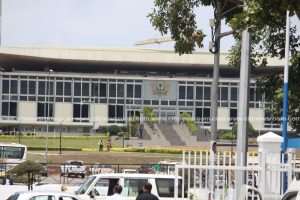 The Speaker of Parliament has recalled Members of Parliament to begin sitting later today till Friday 3rd May. A notice from Parliament says the Speaker acted in accordance with order 42 (3) of the Standing orders of the House.

The Companies Bill, which is currently under consideration, is expected to feature on the agenda alongside other important matters of concern.

Initially, work on the Vigilantism and other Related Offences Bill was expected to be part of the agenda, but Citi News understands that the plan has been halted.

Ranking Member on Parliament's Constitutional, Legal and Parliamentary Affairs Committee, Inusah Fuseini is disappointed the Vigilantism bill is not on the agenda.

“The information we had is that we should suspend all further consideration on the vigilantism bill.”

The Bill was laid in Parliament on the last day of sitting before recess under a certificate of urgency by the Attorney General to deal with political vigilantism as proposed by the President.

The Speaker last ruled that it should be considered as the first item when the House is recalled.

But Citi News understands the Constitutional, Legal and Parliamentary Affairs Committee of the House, has been asked to defer all the work on the Bill.

According to the Ranking Member on the Committee, Inusah Fuseini, the Bill has been overtaken by events.

“The Vigilantism Bill has been overtaken by events,” the legislator earlier told Citi News.