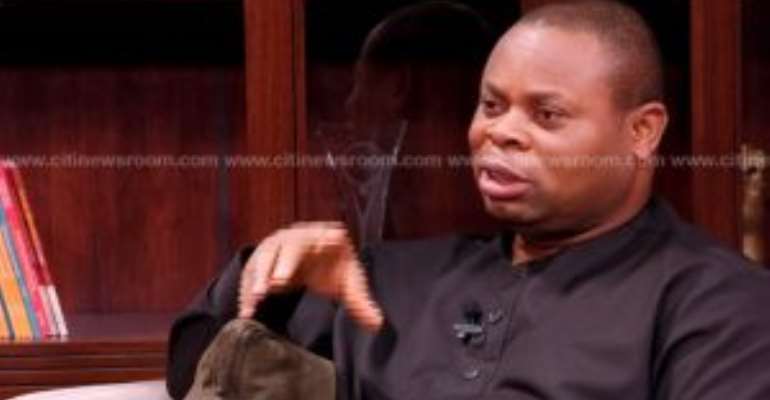 Policy think tank IMANI Africa has challenged government’s position that it erred in its valuation of the oil field operated by Aker Energy.

The think thank has come under attack over its $30bn valuation of the oil field which it said Ghana risked losing.

According to the government through the Minister of Energy, John Peter Amewu, IMANI’s analysis and arrival at the value demonstrated a lack of understanding of petroleum economics but IMANI has challenged that.

a. Minister's statement: Questioned the valuation of the field at $30 billion @ $65 per barrel by 450 million barrels; “exposes the weaknesses in IMANI's analyses as well as its poor understanding of petroleum economics.” Why? The 450 million boe are gross contingent resources (cannot be fully recovered) and besides, in Ghana, our average crude oil recovery rate is 25%. At this rate, the field value will be estimated at $7.3 billion assuming a price of $65 per barrel.

c. Aker's statement: earlier statement on both 4 March and 10 January 2019 as part of ongoing four well appraisal campaign states that “the existing discoveries are estimated to contain gross contingent resources (2C) of 450 – 550 million barrels of oil equivalent (mmboe) with upside of between 600 – 1,000 mmboe”.

i. However, new press release on 26 April 2019 announcing the completion of the drilling campaign states that “Reserves, to be developed in the first phase, are estimated at 334 million barrels of oil.Discovered contingent resources, to be developed in subsequent phases, are estimated at 110-210 mmboe, resulting in a combined volume base of approximately 450–550 mmboe. These estimates exclude any additional volumes from Pecan South and Pecan South East, currently being assessed.” See latest press release of April 26 @ https://www.akerenergy.com/ news/archive/2019/aker-energy- completes-appraisal-drilling- campaign-offshore-ghana- continues-work-on-pdo

Essentially the 30bn valuation is right going by Aker’s much clearer statement of 334 million barrels of reserves on April 26.

1. The Minister is confusing prospective resources with contingent resources.

2. Contingent resources are already deemed to be recoverable by the working interest owner.

3. We are concerned with the evaluation of the whole resource not the resource value from the point of view of Aker so we DON’T NEED to factor in the working interest of any party. Again, the minister is completely at sea. The total contingent resources give rise to the valuation.

4. Because in Ghana we assume that once a company has committed to the Plàn Of Development they will make every investment to continue developing the field even if the price of oil falls to zero and a hurricane destroys their FPSO we don’t typically put much store on “probability of development”. Hence all the valuation estimates are always “unrisked”.