Benin Voters Boycott Polls With Only One Choice 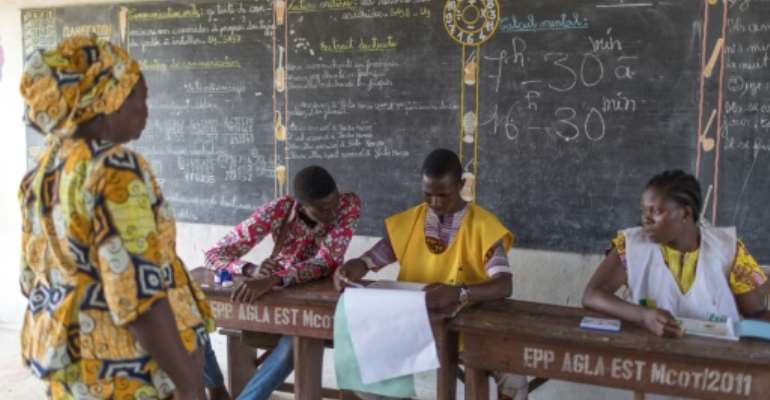 Voters in the small West African state were given the choice to select their 83 members of parliament from two parties both allied to President Patrice Talon. By Yanick Folly (AFP)

People in Benin on Sunday boycotted in large numbers parliamentary polls with no opposition candidate to choose from, as rights groups warned of a crackdown on basic freedoms.

As national radio stations pleaded for voters to "fulfil their duty as citizens" and elect 83 new members of parliament -- choosing from two parties both allied to President Patrice Talon -- the internet was cut.

The small West African state was long held up as a model for democracy, but the country's main opposition parties were effectively barred from fielding candidates by tough new eligibility rules.

Instead, they asked their supporters to protest by boycotting the polls.

Many of the five million registered voters seemed to stay away, with voting booths in the economic capital Cotonou quiet, streets empty and shops closed all day.

In 10 polling stations visited by AFP in the largely opposition area of Seme-Podji, no more than 35 voters had cast their ballots out of the more than 400 people registered. The situation seemed similar in other parts of Benin visited by AFP reporters.

"We have never seen such a thing," one election commission official said. "The people have not come out." 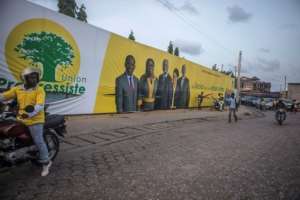 In the run up to polling, protests were broken up by force. Internet access was initially tightly restricted with blocks on the main social media and messaging apps.

Amnesty International called the internet shutdown a "blunt violation of the right to freedom of expression."

Then later in the day, internet access was shut down entirely.

"It is effectively silencing human rights defenders, journalists and bloggers who are monitoring contested parliamentary elections without opposition candidates," Amnesty said in a statement.

Even supporters of the president did not vote.

"I'm not a fierce opponent, I actually support President Talon," said Wilfrid Pokini, a trader in the capital Porto Novo. "But I do not support this election -- an unopposed election, what is that? It is going too far."

People say they are "stunned" and "shocked" by the situation, but blanket bans on demonstrations ahead of voting has kept people off the streets. 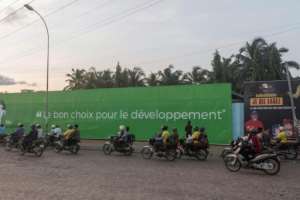 "The wave of arbitrary arrests of political activists and journalists, and the crackdown on peaceful protests, have reached an alarming level," Amnesty International researcher Francois Patuel said.

Before 1991, Benin struggled under decades of authoritarian rule. The transition to democracy brought a flowering of political competition -- five years ago, voters could chose from 20 parties for the 83 seats in parliament.

But this year, lawmakers from the ruling party pushed through a new electoral code.

Talon, elected in 2016, portrays himself as a reformer and modernist. He has defended the electoral code, saying it would bring together the scores of political parties -- more than 250 parties in a country of some 12 million people -- into simpler blocs.

But critics say the rules were too tough and bureaucratic. Only the two parties allied to Talon -- the Republicans and Progressive Union -- met the new conditions, effectively barring the opposition from taking part. 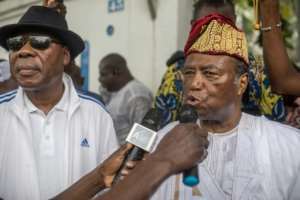 Several international and domestic observers scrapped their missions to monitor the polls. Some warn of the risk of unrest.

"Banning peaceful protests and detaining those who speak up against the exclusion of opposition parties from the legislative election will only fuel political turmoil," Amnesty's Patuel added.

The president is, however, apparently not worried. There seems little doubt that the new parliament will back the presidency in its entirety.