Pope Appeals For Evacuation Of Refugees In Libya Camps 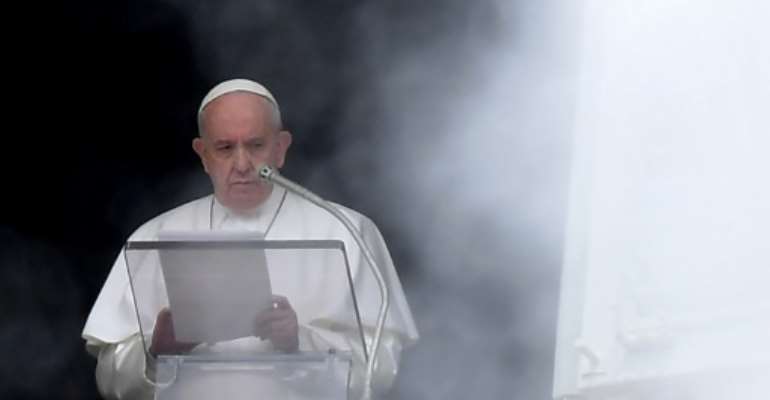 Pope Francis stands at the window of the Apostolic Palace overlooking St Peter's square in the Vatican. By Tiziana FABI (AFP)

Pope Francis called Sunday for the evacuation of refugees held in detention camps in Libya, particularly women and children, as fighting there escalates.

"I make an appeal that especially the women, children and sick can be evacuated as soon as possible through humanitarian corridors," Francis said at the Sunday prayer at the Vatican.

Their situation "which is already very serious, has become even more dangerous due to the ongoing conflict," he said.

A group of around 140 refugees is expected to arrive in Rome from Libya on Monday.

Humanitarian groups and international organisations are alarmed at the situation of thousands of migrants trapped in detention centres in Libya, as fighting rages between forces loyal to the Tripoli-based government of national unity and those loyal to commander Khalifa Haftar.

Libya, long a major transit route for migrants desperate to reach Europe, is home to around 6,000 migrants who are held in official detention centres, according to the International Organization for Migration.

Hundreds more are held by armed groups elsewhere in the war-hit country.

The UN and international aid groups have warned that thousands of migrants and refugees who fled violence at home and are now trapped in Libyan detention centres are facing enormous dangers and must be evacuated.

On Wednesday the UN refugee agency UNHCR said it had evacuated 325 asylum seekers from the Qasr Bin Ghashir detention centre a day after an attack against refugees and migrants. It was not clear who carried out the assault.

Soldiers will die more in any order to shoot to kill galamse...
25 minutes ago

We see politicians flaunting cars, houses in less than four ...
46 minutes ago