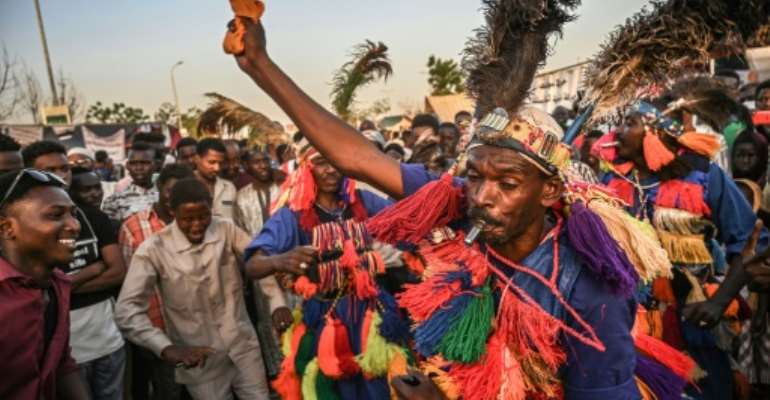 Sudanese protesters have rallied for weeks outside army headquarters in Khartoum demanding a civilian government. By OZAN KOSE (AFP)

Sudanese protesters Sunday welcomed a breakthrough in talks with army rulers who agreed to form a joint civilian-military council, paving the way for the civilian administration demanded by demonstrators.

"What happened yesterday is a step to have a civilian authority," said Mohamed Amin, one of thousands of demonstrators who have been camped for weeks outside the army headquarters.

"We are happy about the progress in the talks, but we are still waiting for the composition of the council and the civilian government."

The joint civilian-military council will be the overall ruling body, while a new transitional civilian government is expected to be formed to run the day-to-day affairs of the country, a key demand of protesters.

That civilian government will work towards having the first post-Bashir elections.

"When we have a civilian government, then we can say our country is on the right track," said Amin.

The demonstrators said they will pursue their sit-in until a civilian administration is set up.

"Last night's agreement is a step forward in the stability of our country. But I don't think we will leave the sit-in until we achieve our demand of a civilian government," said protester Sawsan Bashir.

"We are now in consultation about what percentage of the council should be represented by civilians and how much by the military," said Rabia, who is involved in talks.

On Sunday, protest leaders from the Alliance for Freedom and Change met to discuss the progress of talks with the military council.

Later, the joint committee bringing together the military and protest leaders was expected to resume talks.

Activists say the new council could be a 15-member body, with eight civilians and seven army generals. 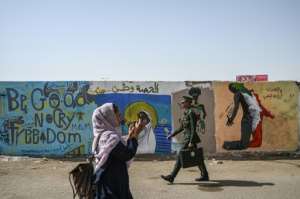 Activists say the new council could be a 15-member body, with eight civilians and seven army generals. By OZAN KOSE (AFP)

The decision to have a joint council came after hours of talks on Saturday, the first by a joint committee representing the current ruling military leadership and protesters.

Bashir was ousted by the army after months of protests against his three-decade rule.

Protest leaders had previously held several rounds of inconclusive talks with the council after Bashir was ousted.

The military council has so far insisted that it has assumed power for a two-year transitional period.

Western governments have expressed support for protesters' demands, but Sudan's key Gulf Arab lenders have backed the military council, while African states have called for more time for the army to hand over to civilians.

Buses bringing protesters kept arriving Saturday at the protest site, with hundreds of demonstrators coming from the eastern province of Kassala, an AFP photographer said. 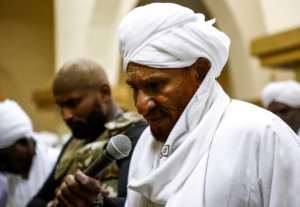 Bashir is wanted by The Hague-based tribunal for genocide, war crimes and crimes against humanity for his alleged role in the conflict in Darfur, but the 75-year-old has repeatedly denied the charges against him.

The war in Darfur erupted in 2003 when ethnic minority rebels took up arms against Khartoum's Arab-dominated government, accusing it of social and political marginalisation.

The United Nations says about 300,000 people have died in the conflict, with another 2.5 million displaced, many of them still living in miserable camps across the western region of the country.

Protest group spokesman Amjad Farid told reporters that Bashir and other regime figures could be tried in Sudan.

"We are not seeking retaliatory measures against them, but we want to rebuild our justice system to hold them accountable for their crimes," he said.

Mahdi, who was forced from office by Bashir in a 1989 coup, said the army's ouster of the veteran leader was "not a military coup".

But he warned that Bashir cronies were still clinging on to power despite the upheaval.

"The toppled regime might still try to do a coup," he said without elaborating.