Origin Of The Name Jesus Christ 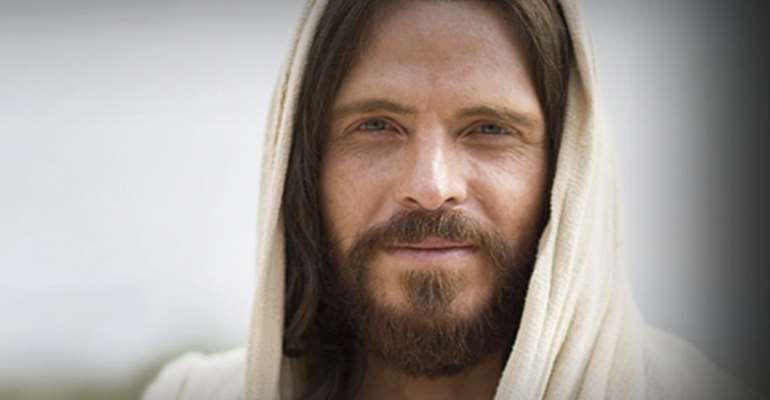 Good day readers and welcome back to "A CALL FOR CHANGE" page. I do apologize for failing to submit my usual article last weekend. With all due respect, I am calling all Ghanaians for a significant change in our lives.

This Call For Change is about our individual's first/English/Christian names given to us by our parents/guardians who did not know and see what we know and see today. Therefore we must not continue with their mistakes but rather correct them. This change must be very important to all of us if we claim to have gained freedom from oppression mentally, religiously and physically. It is important to note that once your name is changed, your identity is affected positively or negatively forever. Therefore we must not allow ourselves to be belittled by any means that can have negative effect on our future. If the determination to stay on course in proving the significance and the mental effect on the society to have traditional names changed is made possible by all standard then nothing should prevent us from intensify our efforts to overcome any hindrance in our destiny. In another caution let us all bring to mind that when fellow black Africans were stolen, captured, coerced and forced to be shipped to Europe and other parts of the world as slaves they had their names changed for many reasons such as;

To lose their identity and origin forever;
In order for no generation of their origin to be able to locate and identify them;

And finally for them to lose any respect and have the level of their self-esteem lowered to nothing.

For these reasons we must not allow ourselves to be deceived to have our traditional names demonized and changed in our own country unless we accept to be second fiddle in human race.

However if the secret behind these first/English/Christian names are exposed it will serve as a caution to be more vigilant in our environment against any tactical brainwashing activity as well as pepertual deception created to be defended with well packaged lies that has got many negatives implications on our future. Know the truth and do away with deception and lies. Stick to the traditional names and abandon the edited version called the first or English or Christian names.

As already started in my previous articles, this programme is intended to prove the assertion that the biblical names are the edited version of our traditional names therefore we must feel proud to use our traditional names throughout without any edited version from anyone or anywhere. Under no circumstances must we demonise our own names based on the lies being fed into our minds neither do we have to abandon them in any way by deceptive means.

Now moving on to reveal the original names in Christian Bible I will begin the revelation first on the name of the central figure of the Bible... JESUS CHRIST.

ORIGIN OF JESUS CHRIST:
Generally the biblical character, Jesus Christ is known to be the saviour and the son of the Christian God. But theologically Jesus was God who took the form/nature of man to come down through the birth of the virgin Mary to safe mankind from spiritual oppression. Surprisingly the names Jesus and Christ are two different names from different sources bringing together to form what we know in Christianity as the saviour. The two names JESUS and CHRIST originally came from ancient Egypt and Greece respectively.

In tracing the origin let me begin with the "Christ".

CHRIST: This name Christ came from the Greek word, Christus, meaning the anointed one. In fact, this was a title given by Ptolemy I, a Greek who ruled Egypt during the last two centuries Before Common Era (280 BCE), after the death of Alexander the Greek (Great). Alexander the Greek (but was changed to "the Great" by European historians) conquered Egypt and put Ptolemy Soter, one of his commanders, in charge of Egypt. After the death of Alexander, Ptolemy made himself the king over the Egyptians and wanted them to worship him the same way they worshipped their (kings) Pharaohs. He then declared himself Christus over the Egyptians meaning the anointed one.

JESUS: The origin of this name Jesus is traced back to ancient Egypt where there were many gods but had one chosen supreme God called Adona/Aten.

In the Bible the partrarchs such as Abraham, Isaac, Jacob, Joseph, the entire family of Jacob and finally Jesus were all connected to Egypt. Therefore it must not be surprised to have the name Jesus taken from them.

In reversing the name to the original, let us look into how some changes took place before arriving at JESUS.

The last letter "S" of the name must be taken off, because Greeks applied their philosophy on great or male names by adding the last "S". Without the last "S" the name becomes JESU.

Until the last 200 to 300 years ago there was no letter "J" in alphabets. The first letter of all names beginning with "J" now used to be "I". "I" was then replaced with "J" therefore reversing to the original 'J' must be replaced with"I" and the name becomes IESU.

Matthew 1:18
"Now the birth of IESUS Christ was on this wise: When as his mother Mary was espoused to Ioseph (before they came together) shee was found with childe of the holy Ghost".

Luke 2:52. "And IESUS increased in wisedom and stature, and in fauour with God and man".

Romans 1:1 "Paul a seruant of IESUS Christ, called to bee an Apostle, separated vnto the ,Gospel of God",

This interpretation was made in middle age English which was a bit different from modern English, and this point to support the fact that the English language was man-made but not natural as the world have been made to believe.

All these quotations point to support the assertion that the name was not JESUS but rather IESUS from the beginning of Christianity until it was changed by the British.

Now it is also interesting to know that this same name IESU was a name of an Egyptian god called IESU. This IESU who was over 3,000 years older than biblical Abraham (the founder of biblical Israel) was also 5,000 years older than Biblical Jesus had about two hundred (200) similarities between him and Jesus including:

Virgin mother's
Mother conceived by a spirit,
Had two fathers, spiritual and foster fathers,
number of years on earth,
Number of disciples made,
Prophecy before his birth,
His baptism,
Voice speaking after his baptism,
Dove appearing
during his baptism,
Raising a dead man after 3/4 days,
The dead man had two (2) sisters,
Age they started their ministries etc etc
The enormous similarities drawn between the god IESUS and JESUS bring to the conclusion that the latter was an edited version of the former.

This name IESU was an Akan name AYESU that was written as IESU and later edited to be Jesus because the Akans were the founders and Pharaohs in ancient Egypt.

In another explanation to prove that the name Jesus was taken from Akan phonology let me apply a bit of theology again here.

In the present Hebrew language which was created by English and Palestinians in the latter part of the 19th century, the name Jesus is YESHUA or YEHUSHUA. In present Akan Bibles the name was made YESU because the translators consulted the Hebrew version of the Bible and had the name YESU from it.

In theology it is explained that Jesus was God who took the form or nature of men termed as 'our form/nature' and came down as the saviour to save mankind. He then came through the virgin Mary to be born as man. This is to say that God took 'our form/nature' that is human nature, to come to us.

In Akan 'our nature/ form' which refers to human nature is literally translated as 'YEN SU' (our nature). This two words can sometimes be pronounced together to become YESU. It was this YESU that was edited in present Hebrew language to become YESHUA or YEHUSHUA.

Whichever way one may take it, the name can still be identified in Akan phonology.

Now it is concluded that during the formation of Christianity, probably during the council of Nicaea in 325AD under the auspices of emperor Constantine, these names IESUS and CHRIST were brought together to form the name of the saviour and had since gone through changes until Jesus Christ had been accepted in English language as the name of the Christian saviour.

Beloved readers, in my next article I will reveal the original names of major biblical characters for you to decide whether or not it is good to hold on to the edited versions as first/English/Christian names or return to use original (traditional)) names without adding any edited and diluted names to your name. Stay safe.