The first ordinary meeting of the fourth session of the Tano South Municipal Assembly has been held at Bechem. 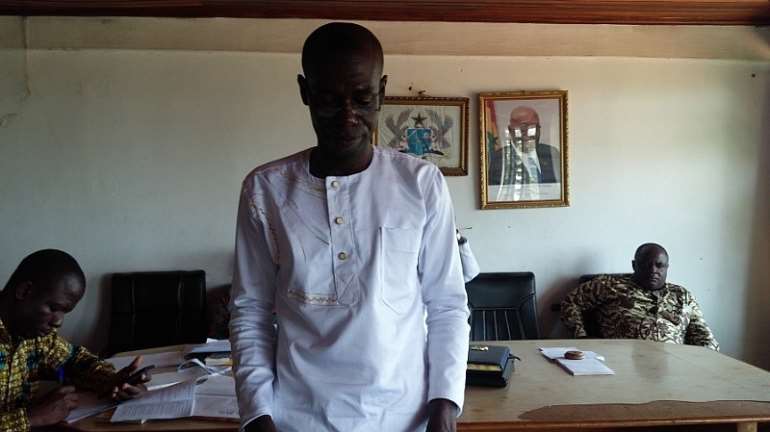 In an opening address, Hon. John Dadzie, the Presiding Member for Tano South Municipal Assembly thanked Hon Assembly Members, heads of departments and others for honouring the invitation to attend the first ordinary meeting of the fourth session of the Assembly to discuss the development agenda of the Municipality.He emphasized that this important meeting is in fulfilment of the Local Government Act 2016, Act 936 and Assembly’s Standing Order which mandate Hon. Assembly Members to meet periodically to deliberate on problems confronting the Municipality and way forward to address them to ensure they have positive impact on the residents.

On Public Relations and Complaint Committee of the Assembly, Hon Dadzie said it is one of the two (2) committees of the Assembly as prescribed by the Local Government Act 2016, Act 936 and the Assembly’s Standing Order. He stressed that the committee was able to address issues bought before the committee by some residents and urged all honourable members to educate their electorates about the existence and duties of the committee to enable them refer issues of concern to the committee for redress to ensure peace continues to exist in the Municipality.

On motor bicycles for Hon. Assembly Members, Hon. Daddies said NALAG Secretariat at Accra has deposited the motor bikes at the Regional Minister’s Residency of which the bikes are in the process of assembling for onward distribution to honourable Members and urged them to remain call till the exercise is completed and congratulated them for executing their mandates to improve the living standards of some residents. He informed all honourable members to follow provisions in Assembly’s standing order and contribute their quota to make the meeting a success.

In another development, the MCE for Tano South Hon. Collins Offinam Takyi welcomed Hon. Assembly Members to the august house and thanked them for making time out of their busy schedule to participate the first ordinary meeting of the fourth session of the Assembly and carried greetings from the offices of His Excellency Nana Addo Dankwa Akufo – Addo , the President of the Republic of Ghana and Hon. Evans Opoku Bobie, the Minister for Ahafo Region to all members present at the meeting. He said honourable members should desist from all forms of partisan tendencies and individual egos which could derail collective efforts being made by authorities to bring development projects in the Municipality and urged them to come together as one people with one common destiny to fight for the development needed in the Municipality by the electorates. 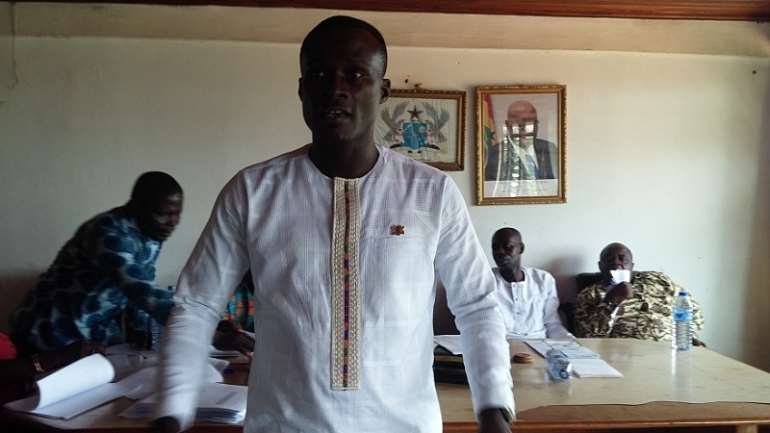 On Assembly’s financial status, he stated that Assembly acquires money from four thematic areas namely; the District Assemblies Common Fund, Internally Generated Fund, District Development Facility and Donations. He said Assembly uses the Common fund to execute some specific projects captured and approved from the Assembly’s composite budget whilst other funds are used by Assembly to perform some community projects and other services needed by the general public.

Hon. Takyi stressed that management under his leadership with the support of relevant stakeholders adopted innovative strategies last year to make Assembly achieves its revenue target and reiterated that management of the Tano South Municipal Assembly has also rolled out some new strategies this year to improve Assembly’s revenue and mentioned some of the strategies as the formation of revenue taskforce, develop stickers to be embossed on kiosks, containers and houses to ensure easy identification of owner who have paid their operational fees and property rate for their houses etc.

With regards to education, Hon. Takyi said the school feeding programme which was introduced under the leadership of former President John Agyekum Kufour and continued by successive governments has expanded to cover nineteen (19) schools in the Municipality by Assembly and on the importance of the programme to the schools, he said enrolment figure of the beneficiaries’ schools has been increased tremendously and explained that a total number of one thousand, six hundred and thirty – seven candidates have drawn from three (3) Senior High Schools within the Municipality to seat for WASSCE Examination this year. On measures to curb examination malpractices, he said the Municipal Education Directorate has taken steps to verify all candidates biometrically and used the occasion to catalogue some of the achievements of government.