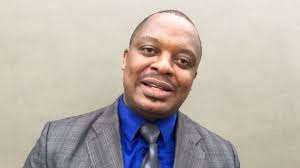 I have read with interest your article titled “U.S’s Young African Leader’s Initiative, a tricky soft power tool in Africa?”

First, I will like to agree with your definition of soft power and also to the fact that the American culture, political ideals, and policies are an attractive one to most countries across the world. Which of course is not a crime but a shared privilege from which other countries can use as a reference benchmark to shape their own society in their own way without any restriction.

You mentioned in your second paragraph that through the Young African Leadership Initiative (YALI) program, the United States (U.S.) has increased its attraction over Africa and you express worry that this is targeting the elite and those who are influencing. The U.S. has so many other attractive programs in Africa like the Fulbright scholars program, , IVLP, Women in Tech program and many others and those who go for such programs are often the best of their category. So the YALI program is not the first program in which the U.S. goes for the best candidates. Alumni from the above-sited programs hold senior managerial positions in their countries and are helping their countries to shape very important policies that are helping Africa in its development trajectory. For example, the former minister of Finance of Cameroon who is now the minister of economy and planning is alumnus of the IVLP program and the governor of the North west region of Cameroon is an alumnus of the IVLP program. Permit me limit these examples to Cameroon which I have the facts and YALI alumni in other countries will bring out more examples of elites and government officials who are shaping their countries positively and are alumni of different U.S. sponsored programs. Your worry about the scale for YALI program is therefore looking at it from the side of a sceptic rather than an optimist else with the above example, one will imagine that it is an opportunity for Africa to have young people who are educated, skilled and competent to shape the destiny of their continent.

The core value of the YALI program is the virtue of servant leadership and you will agree with me that all those African countries whose presidents have these virtues have seen growth and prosperity in recent time.

The YALI program has three tracts; Civic Leadership tract which empowers those working on the civic space to be change makers in their communities through their community led activities. If a young YALI in Kenya is helping his community to have access to clean water, I wonder why you will want the Kenyan government to be skeptical about such a citizen. The second tract is the Business and Entrepreneurship tract. This tract is foryoung entrepreneurs who are trained and given skills on how to run their own businesses and create employment. Again, I wonder how a YALI fellow in Senegal who is growing her fashion design business across Africa through her YALI network and creating job opportunities for others will be a threat to her government. The third tract is Public Management which targets people who work in government. They are equipped skills and knowledge on how to make government services more efficient. I will like to be convinced on how a YALI fellow who is helping to provide efficient services as a public servant should be seen as a potential threat to his country simply because he studied in the U.S. under the YALI program.

Your call to African presidents to think critically and act is one the public will like to know the kind of actions you may be expecting from them. Your statement that “Africans may share the same sun with the U.S., but not their homes” seems a little distant from your main idea because being a YALI fellow does not make one to become an American. It does not give the individual any citizenship neither does it change your home country address and your ancestral lineage. Therefore, we need to separate fear from facts.

You claim that the U.S spends much on YALI program despite its internal financial needs seems not to match with current U.S. foreign assistance across Africa. For example, in 2016, Ghana received about $38million as total aid package from the U.S. and that same year, Ghana had 25 Mandela Washington Fellows who were selected for the program. If one should go by your calculation, then 25 x $24,000 will be $600,000. This is just about 1.7% of the total foreign financial assistance to Ghana. How then can you claim that this program carries so much of U.S. financial burden on the country that has always given more than this?

You are right that YALI was not president Obama’s sole decision. Any spending of tax payers money in the U.S. must be approved by the U.S. congress. The YALI program was a five years program with a budget that was approved by congress after clearance from the foreign affairs and finance committees. This is the same process all other expenditures for Africa goes through for validation not just the YALI program, so this point is not accurate to justify your fears.

Also, YALI was a five years program that started in 2014 and was to end this 2019 and evaluation of the impact of the program is currently going which will provide feedback to inform the U.S. government if the program should be continued or not. Since administration is continuous, President Trump could have the power to cut future spending on foreign assistance as reflected in the 2019 budget but could not stop a program whose budget had been voted in 2014. Trump is not the one who reduced the number from 1000 to 800. This was done by the implementing partner and the institution managing the program with powers that permitted them to make such adjustments.

You mentioned that Fellows spend three months in the U.S. A point of correction, the Mandela Washington fellowship program is a six weeks program and only a few are selected after to stay for another six weeks for their practical based experience and this is often less than 5% of the total number of fellows.

Again, you say African leaders should consider YALI a threat to its development without sitting in any one way in which they constitute a threat. And also, your statement that quotes an African proverb saying; “When there is no enemy within, the enemies outside cannot hurt you,” sounds like hate message and should be condemned by all African leaders especially those from your country of origin. It is undemocratic, uncivil, and unjustifiable to label YALI fellows as “enemies in the house”.

Your claim that Mandela Washington fellows perceive themselves as big brothers is also subjective as there exist to an extent, coexistence among the fellows from both the Mandela Washington fellowship and the YALI Regional Learning Centre. Different programs and cohorts are more interested in networking and building their programs within their tracts and cohorts rather than looking at the actions of other fellows and cohorts. If such a divide exists, the fellows have a way of sorting this out for their own interest. Those are trends that can exist in any human groupings and is weak to be raised as a point to question such a great initiative.

You attended several high-level programs across Africa and Europe and the common factor you noticed is that YALI Fellows were highly represented at those events; no matter the sector: public, private or civil society sector nor the thematic: entrepreneurship, health, politics… etc. Usually they represent 25 to 30% of the participants. That is a good feedback to the program. Thank you for that. That shows how enthusiastic they are about their continent and am glad you say even in Europe which means that’s also European soft power as per your claim. YALI fellows have been trained on networking and they certainly use these skills to apply for many of such high-level programs for which they often qualify. Therefore, that is not a reason to generate fear but rather one that should encourage African presidents to tap from this big reservoir of human resources.

Young people in Africa are free to choose where they want to obtain knowledge and your recommendation and prescription based on your fear of Neo-colonialism should not be use as a counsel to African leaders to restrict such freedom and human right. Africa was not colonized because its sons and daughters studied in America or Europe. We shall be rather colonized if we lack exposure and knowledge and skills to shape our own continent. Those who have the opportunity to travel and learn new skills should be given the opportunity to provide their own African based solutions to our African problems drawing inspiration from their learning for knowledge is power. Permit me to end here on behalf of the YALI fellows across Africa whom I guess you may have to read from some of them as well.

Coronavirus Misinformation: You Can Now Forward Only One Mes...
48 minutes ago

Covid-19: Read IMANI’s Perspective On Getting Economy Alive
1 hour ago