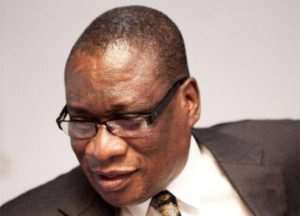 IMANI had alleged that Dr. Sarpong had ties with FuelTrade, a partner agency of Aker Energy citing a clear case of conflict of interest against him.

But in a statement, KK Sarpong insisted that the allegations levelled against him were untrue because the involvement of Fuel Trade in the Aker agreement was sealed even before he was appointed.

“I wish to state emphatically that neither I nor my family own Fuel Trade as claimed by IMANI Ghana. Consequently, I, Dr.KK Sarpong, Chief Executive of GNPC cannot be accused of conflict of interest in dealing with Aker Energy as stated by IMANI Ghana. Indeed, Fuel Trade's 2% stake in the Deepwater Tano Cape Three Points Block was acquired in 2014 long before my appointment in 2017 as Chief Executive of GNPC.”

Describing the act as unacceptable, he further chided IMANI for not doing proper background checks before publicly accusing him.

Mr. Sarpong is, therefore, demanding a retraction and a subsequent apology from the policy think thank or it risks facing a possible legal action.

“It is surprising to me that IMANI Ghana, a think tank of its sort could not carry out due diligence on the ownership of Fuel Trade Limited before arriving at its erroneous conclusion, causing me serious embarrassment and jeopardizing my standing in the international business community. No doubt, I have incurred immense economic, political and social coast by IMANI Ghana's unjustifiable claim. This, I find unacceptable and hereby demand a retraction of the said claim and an unreserved apology from IMANI Ghana and its Deputy Director, Mr. Kofi Bentil within two weeks. The retraction should be given as much prominence as the press conference. Meanwhile, I reserve my rights to seek legal redress.”

Vice President of IMANI Africa, Kofi Bentil on Eyewitness News indicated that, his outfit was picking up intelligence on the potential conflict of interest and that it was seeking further explanations.

“The benefits of ownership goes beyond who serves as the director or shareholder of the company and there are ways of tracing all of that. It is alleged that Dr. KK Sarpong owns or controls Fuel Trade which is a partner of Aker. If that is true, then indeed it raises an issue of conflict of interest because in that case, he will negotiating with themselves.”

“GNPC is our expert entity involved in these negotiations. And they are negotiating with Aker which has a partner being Fuel Trade and Fuel Trade has a person on both sides. Clearly that is not right so we said we needed to deal with that issue. It seemed that in a series of cases, Aker Energy has been having its way even when it was breaching the law. And, that is why we have raised that issue of a potential conflict of interest. So, we would be glad if Dr. Sarpong comes to clear the air to the satisfaction of everybody”, he said.