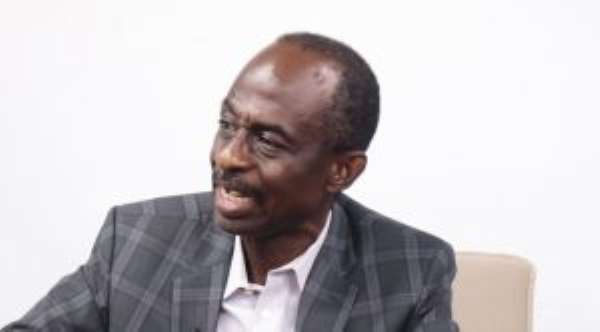 The Electorl Commission has been criticised by the opposition NDC over some decisions the party disagrees with.

NDC had kicked against the limited registration exercise to the district level describing it as distasteful following the EC’s decision not to heed to the NDC’s request for decentralisation of the process.

The NDC's General Secretary, Johnson Asiedu Nketia, had said the EC Chair, Jean Mensa, appears to be harbouring some prejudice against his party.

He stated that, the Chairperson's posturing is fast becoming a threat to the Electoral Commission and to the country's democracy.

“Somehow, I believe that because we expressed our opinion about her suitability or otherwise for the position when her appointment was made she appears to be carrying that prejudice and she thinks that is a sufficient reason for denying us our rights. So we think that, the problem is about her attitude and not about the NDC,” he said.

“Every issue that we the NDC have raised has been legitimately based on our rights as provided by law and in most in cases, they had come to apologize. If you ask us what we are doing against the EC, it will be like victim blaming because we are the victim”, Asiedu Nketia noted.

According to the NDC, a lot of Ghanaians will be disenfranchised if the limited registration exercise is held at the district level.

“The argument we have made is that, it would be a tool to disenfranchise the ordinary citizens who have an inalienable right under the laws of the country to exercise their franchise as citizens of this country. When you look at the trials they did last year with the referendum, they did the registration in 47 districts, they estimated 100,00 eligible voters but only 47,000 were recorded. That tells you clearly that a lot more of the people who could have registered did not register,” he said.

But the EC has rejected the claims arguing that, the plan to organise the registration at the district level falls in line with measures to upgrade its Information Technology (IT) infrastructure.