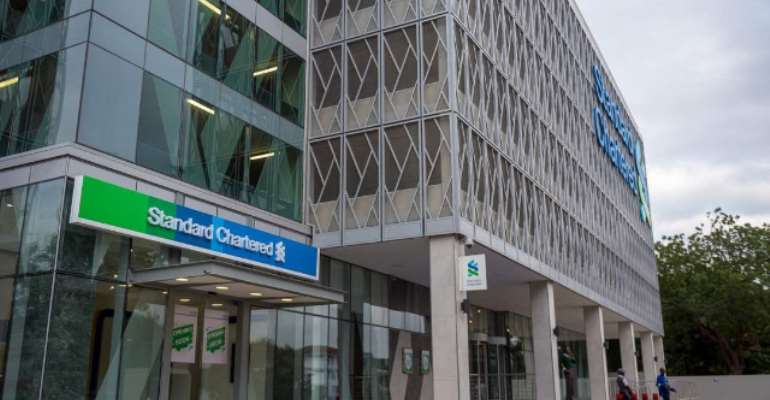 Five Star Mining Company Limited has sued Standard Chartered Bank Ghana Limited for refusing to allow it withdraw money from it account after the Economic and Organized Crime Office (EOCO) has defreeze its account.

The plaintiff in a writ cited by this reporter states that the conduct of Standard Chartered Bank Ghana Limited is inhumane and has caused it untold hardships and retarded and frustrated its business over the last two (2) years.

Among the reliefs sought by Five Star Mining Company Limited are; an order directed at the Standard Chartered Bank Ghana Limited to forthwith pay to the plaintiff the principal amount of one Million Euros (€ 1,000,000) with interest thereon at the prevailing commercial bank lending rate with effect from 29th December, 2016 up to the date inclusive of the date of payment.

It also sought relief for damages for breach of trust, cost and perpetual injunction restraining the defendant company, its assigns, agents and privies from further delaying in execution of the order to pay the plaintiff.

According to the writ of summons by Five Star Mining Company Limited, it says that on 18th September, 2012 an amount of One Million Euro (€ 1,000,000) was transferred into its account from London for the benefit of the company.

It said that subsequently, the Economic and Organized Crime Office (EOCO) placed the plaintiff company under investigation and consequently froze the said account.

The plaintiff company says that subsequently, on 8th December, 2015 per court order the said account with the Standard Chartered Bank Ghana Limited, as well as other accounts in other financial institutions belonging to the plaintiff and its Managing Director were de-frozen.

The writ said that after investigations were conducted and concluded by EOCO on 29th December, 2016 per a letter EOCO/DCD/INTEL/054/V.6/38, EOCO wrote to the Defendant Company and other institutions and the said account was de-frozen.

Five Star Mining Company Limited alluded that since then it has made unsuccessful attempts to access the account but the Defendant Bank has refused, neglected or failed to allow it withdraw any money from same.

Plaintiff said that it does not own the Standard Chartered Bank Ghana Limited nor has ordered the bank to disburse the said money to anybody on its behalf.