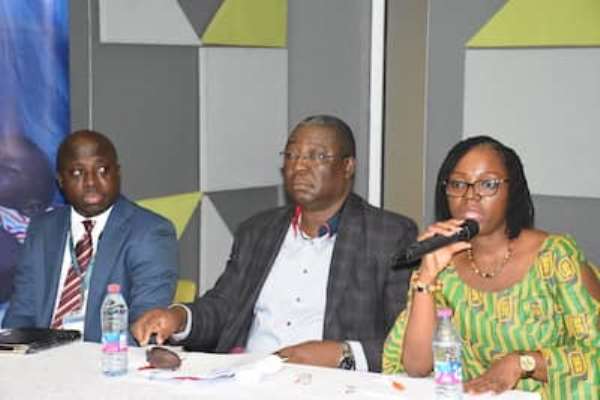 This represents 85 per cent reduction rate in deaths related to malaria in all ages, according to the National Malaria Control Programme (NMCP).

The country's under five malaria case fatality rate also reduced from 0.6 percent in 2012 to 0.16 percent in 2018 representing a 73 percent reduction.

Dr. Malm further observed that through the activities of the programme, 72 percent of all households in the country were protected from malaria with ITNs according to the 2016 multiple indicator survey.

She, however, indicated that further progress had leveled off as the disease still remained a public health concern in the country amidst dwindling global funding sources.

For instance, 11 million suspected cases of malaria were recorded at the Out Patient Department (OPD) of various hospitals in the country in 2018.

This figure according to the Programme is an eight per cent increase over OPD suspected malaria cases reported in 2017.

She added that “the need to raise domestic funds for malaria is therefore urgent and imperative.”

Dr Badu Sarkodie, the Director of Public Health of the Ghana Health Service, said the new malaria vaccine, MosquirixTM, to be piloted by Ghana, Malawi and Kenya, was a welcoming news to ensure the elimination of malaria and protection of children under two years.

Henry Ampong, the Head of Corporate Banking, ECOBANK Ghana, called for a renewed focus on the fight against malaria, saying, “we need to take urgent actions to bring the fight on track”.

He said the Bank had a policy, which supported education, health and financial inclusion and was committed to partnering with the NMCP on key interventions to eradicate malaria.

Our members are dying, pay us – Contractors lament
42 minutes ago