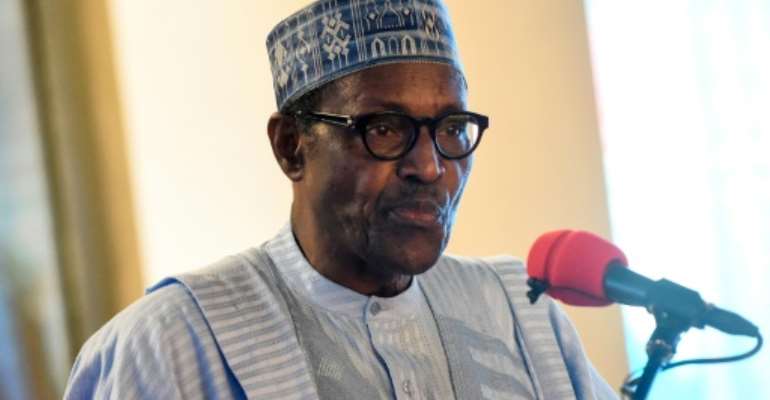 President Mohammadu Buhari has a history of ill-health. By PIUS UTOMI EKPEI (AFP)

Nigerian President Muhammadu Buhari will leave for Britain on Thursday on a private visit, his office said, in a statement set to revive concern about his state of health.

The 76-year-old -- who has previously been in London for long spells of medical care -- is currently visiting Maiduguri, capital of the northeastern state of Borno, which is battling the Boko Haram insurgency.

"At the end of the visit, President Buhari will be proceeding to the United Kingdom on a private visit," presidential spokesman Femi Adesina in a statement.

"He is expected to return to Nigeria on May 5," he said, giving no further details.

From May 2016 until mid-2017, Buhari was in London for medical treatment for increasingly long periods of time, forcing government denials that he was gravely ill or even dead.

To date, he has not disclosed details about his condition, apart from saying he had "never been so ill" and had to undergo multiple blood transfusions.

His health status was an issue in the campaign for the February 23 presidential elections, with the opposition insisting he was physically unfit to govern.

The retired general, who was first elected in 2015, is scheduled to be sworn in for a second four-year term on May 29.

Opposition leader Atiku Abubakar has lodged a legal challenge to the results.

Easing Of Restrictions A Ploy To Pave Way For EC To Carry Ou...
49 minutes ago