Has Hon. Osarfo Marfo Goofed about the Deportation of the Chinese Woman Aisha Huang? 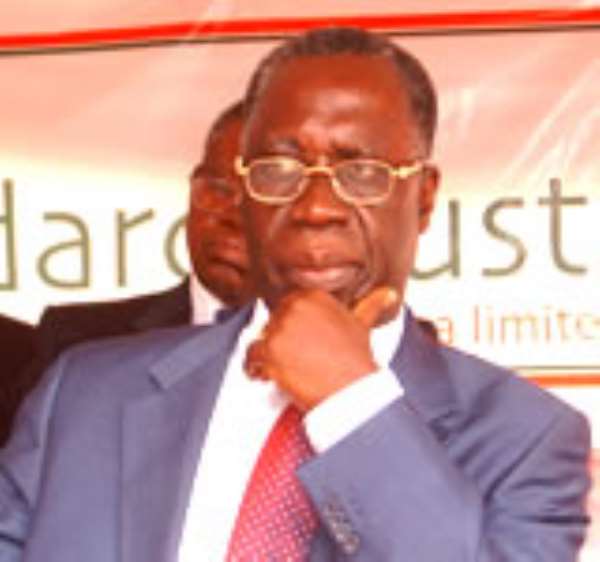 Readers, please forgive me if I cause any blunder trying to express my views about what I hear on the news as doing rounds in Ghana and within the Ghanaian communities abroad regarding Senior Minister Osarfo Marfo. Actually, I have neither had time nor bothered myself to read or scrutinize what radio phone-in callers are saying about Hon. Osarfo Marfo in relation to the deportation or purported deportation of the notorious Ghana-based Chinese "Galamsey Queen" called or nicknamed Aisha Huang.

I had previously published an article or articles about Aisha Huang, her irrelevance in Ghana and the danger she poses to the Ghanaian people and the ecology. Before her arrest, was she not audaciously, obstinately flouting His Excellency Nana Addo Dankwa Akufo-Addo’s government’s order for cessation of all illegal surface mining activities, otherwise called in the local parlance as galamsey? Had she not started her vigorously unrestrained galamsey activities under the watch of President John Dramani Mahama and his NDC government? Was she not even assisted and emboldened by some Government Ministers, through the offer of Chinese sex and other inducements, to carry out her illegal surface mining to the detriment of mother Ghana and her children? Was she not offered protection by top government security personnel to ensure that nothing untoward happened to her hence her total disregard for President Nana Akufo-Addo let alone, the people of Ghana when the government decided to stop galamsey that was destroying the nation’s water bodies, polluting the air and ravaging our fertile lands, virgin forests, and cocoa farms?

When in the end she was arrested and finally deported to China, many a Ghanaian not conversant with international or diplomatic protocols with the attendant unpalatable repercussions when breached, are making hoo-ha about it. It becomes more annoying when the very people who superintended the facilitation of the large scale havoc this squinted-eye lady was wreaking on Ghana are the very ones screaming and condemning the government, especially Hon. Osarfo Marfo, for not imprisoning her but rather letting her go somehow scot-free through what they see as a mere deportation.

I hear that Hon. Osarfo Marfo had argued in favour of the Attorney General choosing to deport that brazen "galamsey queen" to China rather than imprisoning her. According to what I have heard from some radio phone-in callers, without myself bothering to cross-check the facts to ascertain their veracity, Hon. Osarfo Marfo might have said Ghana stood to lose more than gain if that stubborn Chinese lady had been convicted to prison term in Ghana. This is because Ghana has her hand in the mouth of China. Is it not said to be imprudent to hit someone in the head when you have your finger or hand in his/her mouth? Do you bite so hard the hand that feeds you? No and no!

That is the awkward situation Ghana currently finds herself in due to the disgraceful infatuation with embezzlement of public funds and State assets by our leaders who insatiably desire to be rich and richer while all others get poor and poorer. The fear that China may cut off the soft loans they are giving to us was so ominously looming on us because Aisha Huang was indirectly or otherwise serving the interest of the Chinese government through her robust galamsey activities. To avoid that happening, as Ghana at the moment has no choice but to depend on China for finance and all their substandard imported goods that are killing Ghana softly, because of the fondness for corruption and embezzlement of public funds and State assets by our politicians, Chief Executive Officers of our Public Service Corporations, etc., the better alternative was to repatriate her to China, her country of origin.

This is not the first case example where a criminal rogue has been deported to their home country instead of serving a custodial sentence in the country where he/she has committed a reprehensible crime. When the benefits of deporting them outweigh their imprisonment, they end up being deported.

When the Saudi journalist, Jamal Khashoggi, was murdered in the Saudi Embassy in Turkey, the international outrage against Saudi Arabia was enormous. However, American President Donald Trump refused to condemn the Saudi Monarchy when it was all too obvious that the Saudi crown prince might have ordered the gruesome murder of the journalist. When many a person or country was furious at the Saudi Monarchy for masterminding the murder of the journalist who was critical of their human rights, President Donald Trump who could have brought the Saudi Monarchy to their knees through imposition of economic sanctions on the country, rather chose to go softly on them. He said he did not want to risk the arms trade with them that runs into billions of US dollars a year. Should he go hard on Saudi, they would turn to trade with Russia or China and America will lose out. Therefore, in order not to risk America’s trade relationship with them, Donald Trump indirectly let go the murder of the journalist as though nothing has happened.

Aisha Huang, although was not a diplomat, her activities were directly benefitting China so Ghana’s hands were tied to her back hence was very cautious how she dealt with that shameless lady who had total disregard for Ghana and her citizens.

If Hon. Osarfo Marfo had explained why it was better to deport her, on the premise of avoiding to anger the Chinese leadership whom we depend on for loans to develop Ghana, then he was right, although I disagree with the notion of giving the Chinese the unrestricted freedom to do whatever they want in Ghana with impunity.

Had some Chinese not killed some innocent Ghanaians in Ghana? Had a Chinese woman not been caught selling sophisticated weapons to some criminals in Ghana?. Anyway, until I have time to read exactly what Hon. Osarfo Marfo had said, I am not in the position to condemn him the way some people are doing.

I hate equalization to justifying one’s wrongdoings. Nevertheless, the NDC should not have any say at all in condemning Hon Osarfo Marfo for, after all, they allowed the Chinese to flock into Ghana as well as offering them, especially Aisha Huang, security personnel (military and police) protection including close protection, to carry on with her illegal surface mining.

I am tired and feeling sleepy so let me bid you good night now.