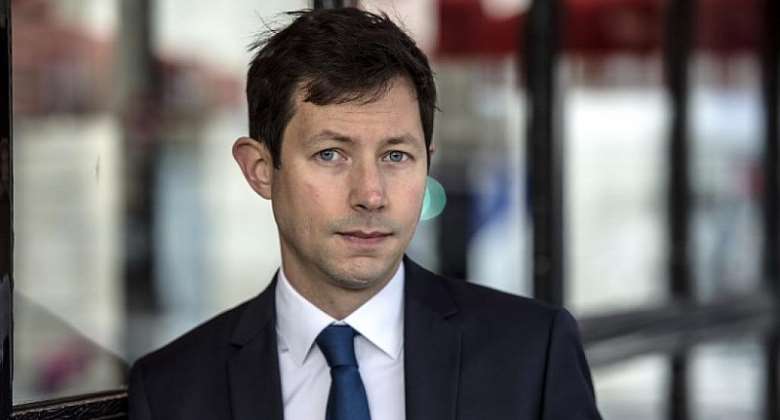 In one month's time, voting will be underway across the European Union for the 751 seats up for grabs in the European Parliament. Here in France, the traditional centre-right Gaullists know as Les Républicains, have been struggling to regain a foothold in French politics since the party's massive defeat in national elections in 2017.

Was there a sense of schadefreude across France's political landscape back in 2017, when François Fillon, the centre-right "sure shot" for the French presidency, saw his campaign and credibility collapse around him?

The political career of the leader of Les Républicains and former prime minister came to an end following a series of graft and nepotism charges. Opening the way for La République en Marche and the presidency of Emmanuel Macron.

Over the last two years, under the new leadership of Laurent Wauquiez, Les Républicains have re-orientated further to the right in a bid to attract a disenfranchised electorate who voted for the far-right National Front party of Marine Le Pen.

The National Front (Front National) have since rebranded as the National Rally (Rassemblement National) in an effort to woo more traditionally centrist voters to their anti-immigration, populist agenda.

For Les Républicains, their European election campaign is being navigated by the fresh-faced, deputy mayor of Versailles, François-Xavier Bellamy.

According to honorary Républicains MP and mayor of Maisons-Lafitte in the Yvelines department, Jacques Myard, "The manifesto for Les Républicains is to try to reform Europe without getting out, because we believe that we need Europe."

So is 33-year-old Bellamy the great, Gaullist hope to rescucitate the party's ambitions? Is a young face with a very right-wing agenda the key to regaining popularity? Myard admits that Bellamy, who is leading the team, does come across as very conservative, but Myard also says Bellamy is gradually gaining the confidence of the French.

The immigration question
In light of the rise of populism across Europe in the wake of the migrant crisis over the past 5 to 8 years, a hard stance on immigration remains the heart of the matter for the Gaullists.

"The French government is not facing reality ... Macron and the government are dreaming about Europe and I think it is a necessity to have a common immigration policy," says Myard.

"Because you see, they come from north Africa and this is where international NGOs are pushing to welcome immigrants, which is a big mistake. The more you accept they come, the more it creates an appeal."

So it would seem Les Républicains will be stealing some of the far-right's thunder when it comes to immigration. Can an establishment party such as Les Républicains reinvent itself as anti-establishement? Which brings into question the status quo of the European project itself.

Are Les Républicains Euro-sceptics?
"It is very true that a lot of members of Les Républicains are more and more sceptical of Europe. But the point of politics is to build something beyond scepticism and build something realistic.... Europe is overweight... we need to keep a few common policies at the level of Europe on common cooperation...and not imposed by a technocratic approach. If we don't do that, I'm pretty sure it will be the end of Europe in the coming 10 years", says Myard.

As the campaign bandwagons roll out, and the political tribes pitch their tents, it would appear that Les Républicains are betting on a young face to uphold conservative values.

Perhaps the adage to the effect that "Old age and treachery will always overcome youth and skill" no longer applies in modern politics ... and that has not been lost on Les Républicains.